described as the most extreme Type R to date, the soon-to-materialize Honda Civic Type R will kick start the new performance era for the Honda, which in our humble opinion, was long overdue, but nevertheless welcome with open arms by any Japanese performance car fans (us, included). set to make its debut at the Paris Motor Show, the latest iteration of the performance hatch, splashed in an distinctive luminous blue, from the Japanese automaker is driven by a turbocharged 2.0-liter i-VTEC unit pulled from Honda’s Earth Dreams Technology series. this unit offers a cool 280PS or 276 horsepower of power output that benefits from the turbo’s low-end power delivery and VTEC technology high-end performance. 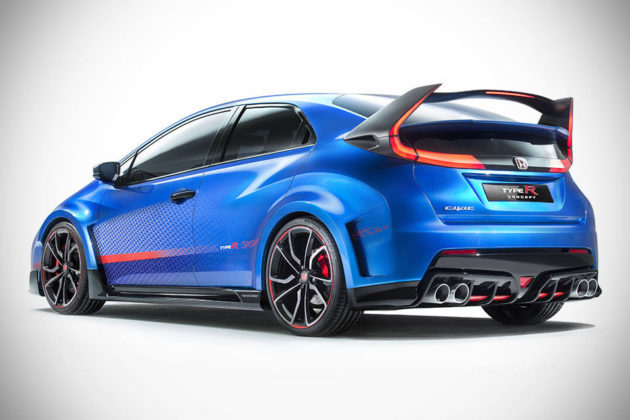 Honda is being very ambitious here and stated that this all-new Civic Type R will “deliver unmatched performance compared to any previous Type R car, including generations of Civic, Integra, Accord and even the NSX.” well, why not? after all, with 280PS on the tap, it has the same power with the first NSX Type R and with turbo introduced, certainly more torque (or at least in par with the top-of-the-line NSX) is to be expected. top that up with a possibly lighter curb weight and the slew of advanced technologies packed into it, the new Civic Type R will no doubt sweep all the Type R predecessors into the back corner of the catalog. the best part is, it will do all those while complying with the strict Euro 6 emissions regulations.

NOW READ  First There Is Supercar. Then There Is Hypercar And Now There Is An Ultra-Car 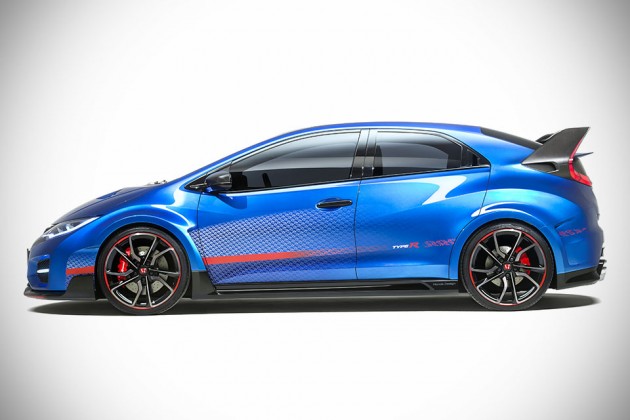 the new Civic Type R also marks the the debut of Honda’s new ‘+R’ mode, activated through a button to the side of the steering wheel. when activated, it will provide the high-performance hatch with an even more aggressive driving suitable for track use. +R will lend the ride with heightened engine response with change in torque-mapping to a more aggressive and performance-focused setting, along with more responsive steering. in addition to that, the new-gen Civic Type R is also fitted with a four-point Adaptive Damper System that automatically adjusts the suspension damping force stiffness on-the-fly based on driving conditions. there is also the ‘steer axis’, a system introduced to tame torque steer, which Honda says will allow “the driver to fully exploit the car’s exceptional drivability.”

sticking true spirit of driving, like its forebears, the Civic Type R will be fitted with a six-speed manual gearbox for control and maximizing driving enjoyment, and the high-revving engine redlines at 7,000 rpm as befits a high-performance car. Honda will see the production version of the Civic Type R rolled out of the company’s Swindon plant in the UK and is slated to reach the markets in EU sometime next year. if you can’t wait and will be heading to Paris, you can check it out in person at Honda Stand in Hall 3 at the Paris Motor Show. 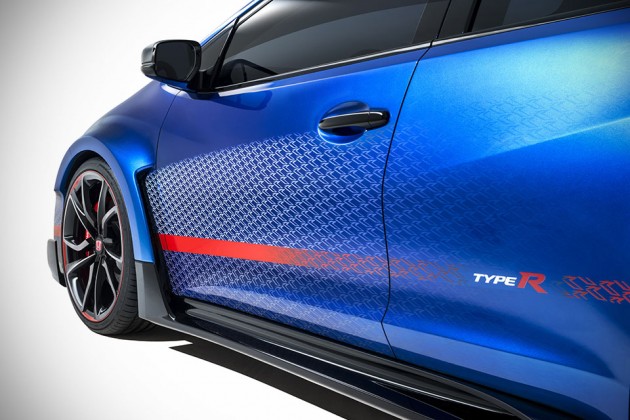