a videography drone is nothing groundbreaking, but one that can be worn and deployed right off your wrist? that surely sounds like totally out-of-this-world, but that’s exactly what the team behind Nixie Flyable and Wearable Camera wants to do. this wrist-worn flying concept camera is part of Intel’s Make it Wearable (MIW) challenge, where entrants are challenged to push wearable technology to the next level and Nixie is among one of the finalists. Nixie is nothing short of a compelling idea and a very bold one too. with the frame wrapping the wrist, the Nixie could detach itself at a flick of a wrist, fly a few feet away and snaps a couple of stills or perhaps grab some video footages, before returning to your wrist. while super tiny flying gadgets designed to do such a thing is not new, they are not wearable as Nixie has proposed it would. 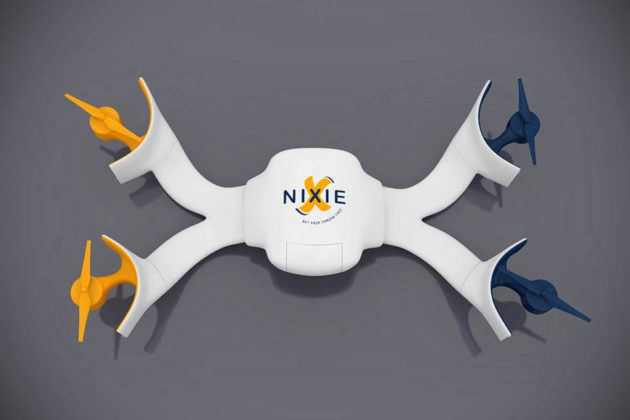 Nixie now has a shot at snatching home half a million in fund from Intel to try to turn it into a reality. but before that, we foresee a ton of hurdles in the areas of technical and technology that needs to be addressed to make Nixie actually flyable and wearable. the challenges could include material (or materials) that could flex while maintaining the rigidity for flight, battery miniaturization and reasonable longevity, nano-size motors that will be strong enough to counter mild winds, microprocessor that’s smart enough to execute algorithms that will allow it to do what it’s designed to do, further miniaturization of other electronics such as GPS and wireless modules and the list goes on. we are trying to douse cold water on this idea. in fact, we are totally thrilled by the concept. looking at how the technology has progressed over the last couple of years, including the incredible leaps in miniaturization of electronics, it is not entirely impossible for a concept like Nixie to take off. so folks, welcome to the (almost) future. 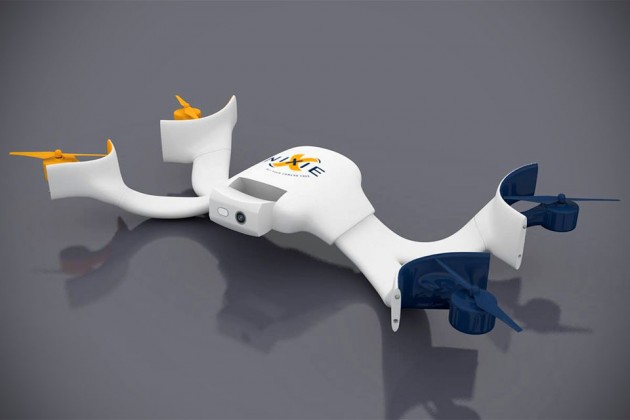 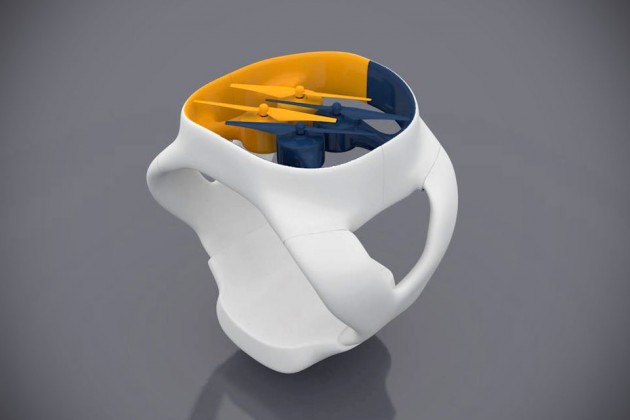