other details include adjustable wheelbase, double-wishbone independent front suspension, front universal dogbones, fully ball-bearing, GRC spec replica wheels, a 6v 1,200 mAh battery, and a 2.4GHz radio system. it even comes with 4x AA batteries for the transmitter, making it truly ready-to-run out of the box, well, you do need to charge up the included 1,200 mAh battery for this scaled ride, though. the HPI Ken Block GRC Ford Fiesta Micro RS4 can be yours to own in exchange for $160 of your money. catch a video of the Ken Block GRC Ford Fiesta Micro RS4 doing the “Micro Gymkhana” in the video below. in case you missed the actual “Gymkhana 6” video, you can catch further down the post. seriously, we recommend not missing either videos. 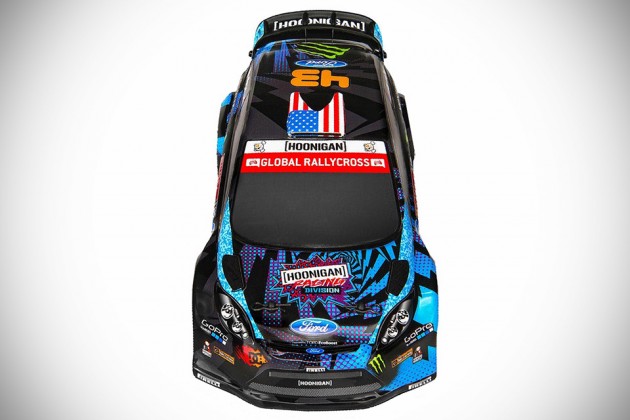