since the ‘demise’ of the Concorde, air travel has pretty much ‘slowed down’ quite a bit in respect to speed. everyday folks with money to drop and who wish to travel any faster can no longer do so, however, this is set to change with the Spike S-512 Supersonic Business Jet, an upcoming private jet that will inevitably change the landscape of air travel, well, at least for the wealthy folks. the brainchild of Boston-based Spike Aerospace, the S-512 is a small 18-passenger jet capable of cruising at mach 1.6 (1,100 mph or 1,770 km/h), which will cut typical flight time by half, if not more. this means that a regular flight from New York to London would take less than four hours instead of 6-7 hours on current commercial jets.

it is noteworthy that the S-512, by design, has a top speed of 1.8 mach or about 1,370 mph (2,205 km/h) – which is twice the speed of sound, btw – and if Spike Aerospace gets their way, the S-512 would be the fastest civilian jet in the world, topping even the legendary Concorde passenger jet that once ruled the sky. the speed at which the S-512 has set its sight on is nothing less than mind-boggling, which we being laymen, cannot even begin to fathom the engineering feats that would required to deal with the sonic boom associated with supersonic flight (perhaps that why it has stubby wings?) and not to mention, the structural design needed to cope with the stress of sustained supersonic flight. on top of that, it will have to have the comfort and luxury that will be on par or beyond what today’s business jets has to offer.

for now the Spike S-512 Supersonic Business Jet seems like still a near future thing, but we are pretty sure it will beat teleportation to the market anyhow and when it does, expect each aircraft to cost somewhere in the region of $60-$80 million. for the uninitiated, this is about the price an airline would pay for a basic A320 that ferries 10x more passengers, albeit at a more ‘regular’ speed of 541 mph (871 km/h).

UPDATE [February 14, 2014; 5:09PM PST] what do you know? Spike Aerospace has taken to Indiegogo in a bid to, in the firm’s own words, “support development of the Spike S-512 Supersonic Jet.” so, yes. a supersonic jet. on Indiegogo. obviously, the folks are not expecting to raise hundreds of millions – they are aiming to roll in 250 grand from this crowdfunding endeavor to supplement the 800K needed for the next stage of development. so naturally, you don’t expect yourself to buy a $60 million aircraft by backing this project, but they do have a range of other rewards, including posters, collectible coins, airplane models (of the Spike S-512, of course) and more to offer.

the biggest reward would be a round-trip ticket on the S-512 from US to Europe and back. however, that will only be realized only after the aircraft is built and cleared all relevant authorities. showing you love only takes 10 bucks or more, but be prepared to drop between $500 and $2,000, if you are eyeing on the model airplanes or the round trip ticket. just keep in mind that, for the latter, there’s no knowing when this round-trip will be materialized (though the company has set a targeted time of January 2019).

a little update on the aircraft design here: the designers, engineers and whoever have decided that the S-512 will go windowless for improve structural integrity, cut some weight and improve the overall aerodynamic much needed for this aircraft. instead, it will have virtual windows in the form of flat displays. micro cameras around the exterior of the aircraft capture the scene on the outside and project them onto the said flat screens. 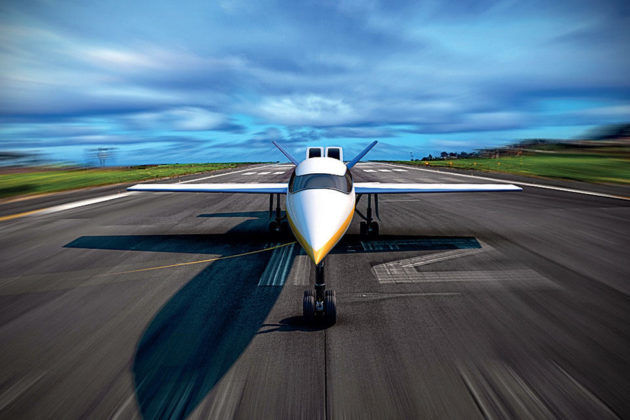 Thank you Vik for sending us the awesome images!