being a non-pilot, a camera-equipped radio controlled rig like this Hubsan X4 FPV RC Quadcopter is probably the closest you will ever get to the front seat of an aircraft. clad in a lightweight airframe, the X4 FPV is a full-fledge radio controlled quadcopter with a 6-axis flight control system, coreless motors and adjustable gyro sensitivity, which allows for a stable flight indoor or out, and can be flew by sight or by using the 4.3-inch LCD on the supplied 4-channel transmitter which displays live video feed from the camera mounted on the aircraft. the latter will comes in pretty handy when this tiny, palm-size quad flies out to 100 meter, which it is capable of, where it will be visually impossible to maneuver. video feed is transmitted from the quad to the transmitter via 5.8GHz band from up to a distance of 100 meters, and can be recorded and stored in a SD card (not included).

other specs include a 0.3MP camera capable of 640 x 480 resolution videoing, a 380 mAh lithium polymer battery pack for up to 7 minutes of flight time per 30 minutes charge via computer or wall outlet, automatic cut-off safety PCB, and built-in LED lights for awesome night flying and rubber feet that provides some form of cushioning when landing. the only thing it is lacking is safety guards for the rotors to safe guard the rotors in the event of a crash and also protecting the pilot and others in case of an unfortunate bump in with the aircraft. otherwise, it is certainly sounds like a perfect craft without burning a hole in your wallet. the Hubsan X4 FPV RC Quadcopter can be yours for $209. 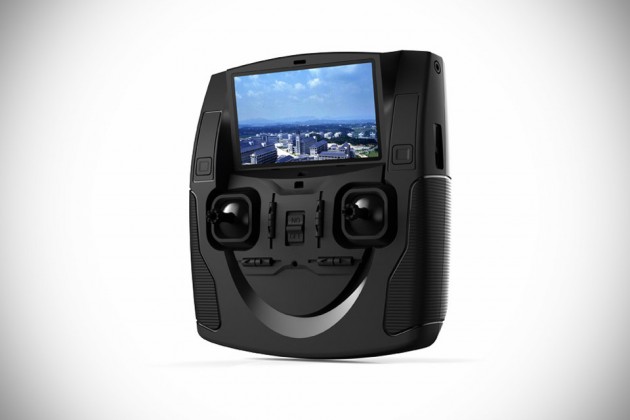