There’s surely no shortage of smart lock at this point, but there’s just one nagging problem: most of these so-called smart locks rely on WiFi and we all know how that’s not the coolest way. One thing for sure, if your WiFi conks out due to power outage or whatnot, you are pretty much stranded and that’s not mention online security is a very real concern. It is this teething issue with WiFi that prompted Singapore-based startup igloohome to developed Deadbolt Version 2 Smart Lock. What makes Deadbolt Version 2 Smart Lock unique is, it completely ditches WiFi; instead it works directly with your smartphone to either let you in via Bluetooth key, or generate a time-based secret key (if all else fails, there’s always the good’ol key access).

With the secret key, your paired smartphone will be able to generate a new PIN codes to unlock the Deadbolt Version 2 smart lock. The concept is similar to rolling code system used with remote car access, or the security token system used by some banks. As far as security is concerned, this seems to be the safest for now. Though it is not connected, Deadbolt Version 2 Smart Lock will still allow you to generate a PIN code on your smartphone while you are thousands of miles away. This means, you can offer access to anyone regardless of where you are; all you have to do is to generate the PIN and send to the person you want access to your home. That’s that. 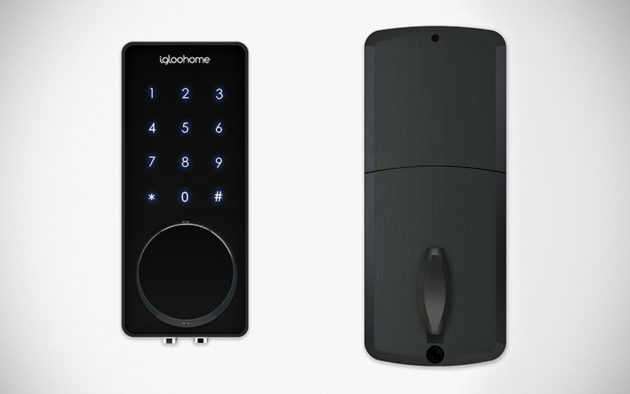 As mentioned, it is able to create time-based PIN, or you could, if you so choose, create PIN that’s one-time use only and the lock will be smart enough to know that. While it needs not to be connected to WIFI, Deadbolt Version 2 Smart Lock does however, require you have mobile data connection to enable it to grab the code from igloohome’s servers. The proposition sounds, well, sound, but I am still skeptical. Sorry, but to me, anything that has electronics means it is susceptible to hacking, plus I am not sure if I am about to put my home’s security to a third-party server. That’s not to say igloohome’s proposition is not safe (after all, it has 128-bit AES encryption, so it should be ‘safe’ to some extend), but it does have some downside (for not connected).

First, it can only join the rest of your home’s IoT if the IoT hub has Bluetooth connectivity as an option. Also, the security key system may get out of sync with the app, plus, you can’t tell if someone with a PIN code has accessed your unit. If someone enters using a Bluetooth key, you will be alerted in real-time. You can even check the log-in real time for Bluetooth access, but PIN access log will only shows the next time when you unlock the door via Bluetooth. So, there’s a bit of trade off over there, but if you are really paranoia like me, Igloohome would be the best solution for now.