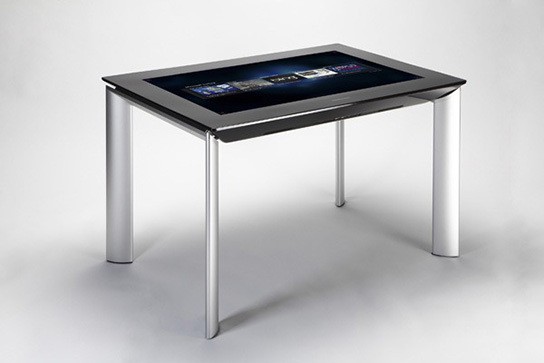 we all know there’s no way Microsoft was going let itself left out from the biggest electronics show on earth. in the the recent CES 2011, held in Las Vegas, Microsoft unveiled its next generation touchscreen table, simply known as Surface 2.0. the most notable features of the Surface 2.0 is its ability to scan documents that are placed on its surface and of course, a much sleeker, slimmer figure of about 10-cm of thickness (4-inches).

the touchscreen hardware is by the way of the Samsung SUR40 and needless to say, software is based on Windows 7. the built-in infrared sensors in the screen are capable of processing input from up to 52 touches simultaneously, allowing a whole bunch of people to poke on it at the same time. as with its predecessor, the Surface 2.0 is designed with businesses in mind but if you have a fetish for everything touchscreen, including your table, you probably can get it later this year via Samsung at a price of $7,600. 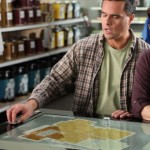 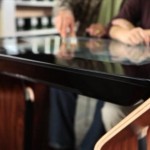 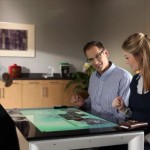 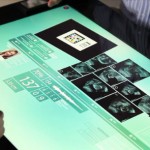 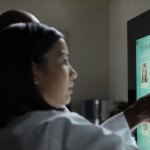