it is safe to say that a flight simulator cockpit is a dream for most avid flight sim players. i cannot imagine anyone who don’t, at one point or another, dream of acquiring or building one. however, the immense time and skills involved are guaranteed to be huge stumbling blocks and acquiring them requires some serious financial outlay. well, that was until Czech Republic-based outfit, Dogfight Boss, comes along and introduces to the world to what could very well be the world’s first full-scale cardboard jet fighter cockpit. yes. you heard that right. full-scale. jet fighter cockpit. cardboard. sounds like an unlikely combination, but reassure that’s what the Jet Fighter Cockpit is and made out of. with the clever use of ribbed construction, Dogfight Boss has managed to create a durable flying simulator cockpit that is lightweight and easy to put together. 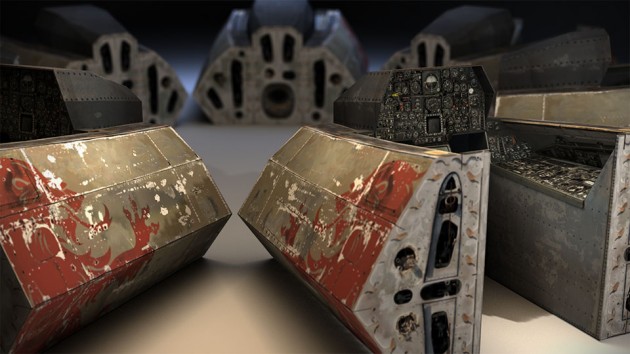 combine that with some high resolution textures print, created from photos taken of the real aircraft’s cockpits and fuselage, you get one sick, pro-looking gear that will make your home flying experience much more immersive. two versions are available: one with the joystick on the right (such as those on the F22s and F16s) and another with the joystick located in the middle (such as those on the F14 Tomcats and Eurofighter Typhoons). the cockpit can be easily assembled without the need for glue or screws and can be disassembled and flat-pack whenever the situation calls for it. and since it is made of corrugated cardboard, you are at the liberty to cut them up to install accessories and peripherals like joystick, pedals, switches, gauges and meters, or even LCD display – all you need is a box cutter and your pretty all set to install whatever you need.

the entire setup measures 1.86m (73.2″) at its widest part, 1.6m (63″) long and is about 1.14m (44.8″) at the tallest point. we thought the coolest thing about this is the saw-off section which Dogfight Boss painstakingly simulate the cross-section of an aircraft. super cool. while you probably need years to build one out of wood, or drop in the region of 10 grand for such a cockpit, the Jet Fighter Cockpit by Dogfight Boss is one that you can own, starting at £299 or about US$495. there’s even a super cute junior version for your young ones too. 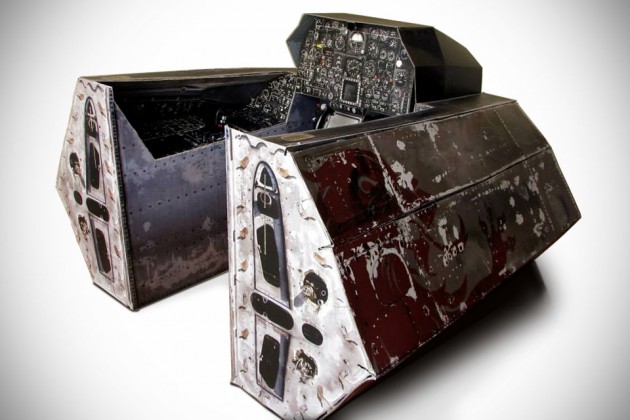 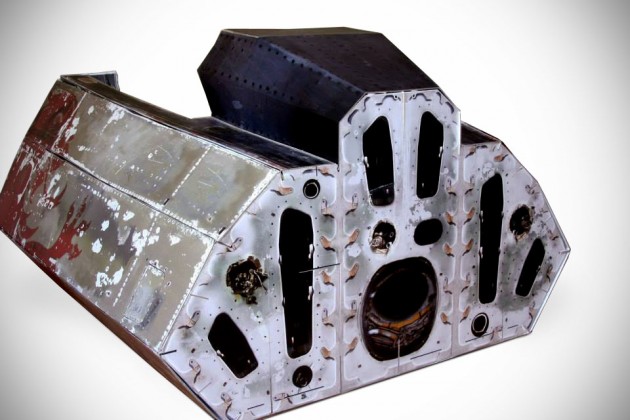 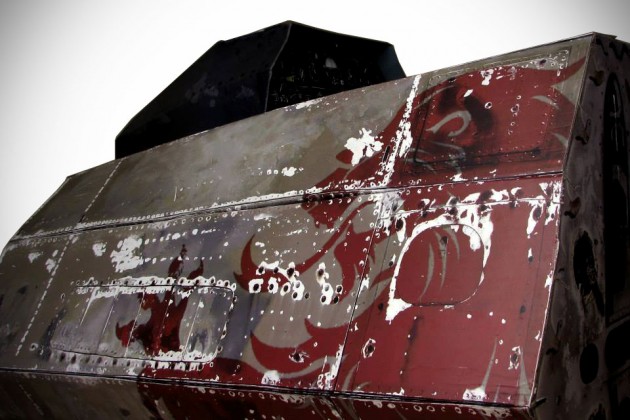