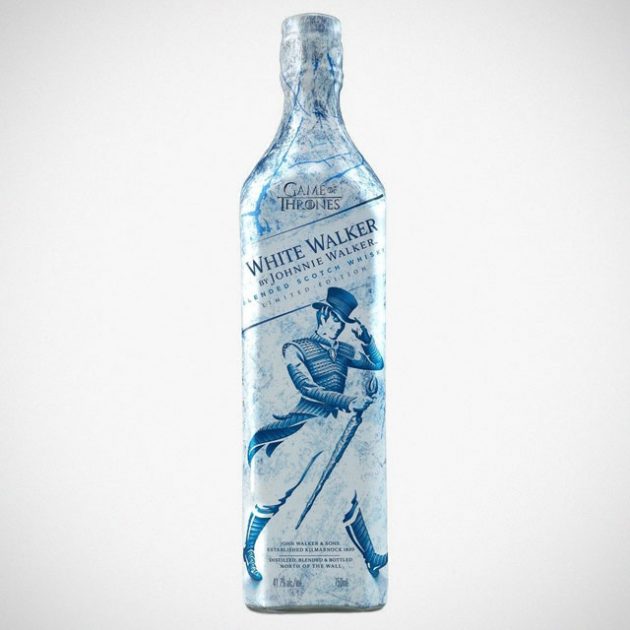 As the product name implies, this special alcoholic blend is inspired by the humanoid creatures that dwell north of The Wall in Westeros in the HBO hit series. Beside the novel branding, this Game of Thrones-themed whiskey also boasts a few fun design touches, including the iconic Johnnie Walker striding man logo sporting a blue glint in his eyes and dressed in armor of the Night King, the leader of the White Walkers. 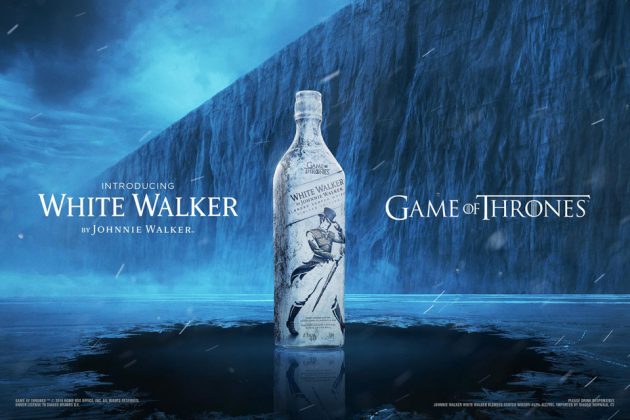 More interestingly is, the bottle has a temperature-sensitive message “Winter is Here” that is only visible when it is frozen. Makes sense. After all, this whiskey is meant to be served ice cold, befitting the theme. The association with the TV series is not limited to branding, though. Some of the single malt whiskies in the blend were actually sourced from the northernmost distilleries in Scotland, including Cardhu and Clynelish.

Whiskies from Clynelish is of particular significance as they have endured long, Scottish winters not unlike the Night’s Watch who have ventured north of the wall, said whiskey specialist George Harper from Johnnie Walker’s parent company Diageo. White Walker Whiskey by Johnnie Walker was officially unveiled last month, October 01, and it is now available in stateside through Drizly and Reservebar, as well as several store and bar locations.