Handsfree, automatic toothbrush is not new. We have seen at least two at this point. While the previous two we saw, Unico and Amabrush, have brushes, this new entrant from Denmark called Unobrush uses a patent-pending medical-grade sponge-like material instead. The material, known as UnoFoam, completely reimagines the concept of brush. Or should I say, completely replaces the brush. Here’s the gist on how this game-changing material works:

“UNOfoam is engineered from high-density polyurethane and embedded with micro-ridges coded in a criss-cross pattern to create micro-cleaning friction powerful enough to remove 99.9% of dental plaque and delicate enough to gently stimulate and protect your gums from the long-term dangers of gingival inflammation.”

“Its unique cell structure and density simultaneously transfer vibrations while staying pliable enough to mold and form around each tooth, coupling 360-degree Wrap technology and intense sonic movement – a revolutionary pairing unheard of in the oral care industry that works to lift the oral plaque from your teeth surface and stimulate the gums.”

Being foam-like, this new kind of ‘brush’ conforms to the teeth which should have every nook and cranny covered. Couple it with sonic vibrations and Fluid-Wave technology to ensure toothpaste reaches every tooth and even below the gum line, you get yourself what could perhaps be the most thorough cleaning toothbrush ever. And oh, it does so in just 6 seconds. 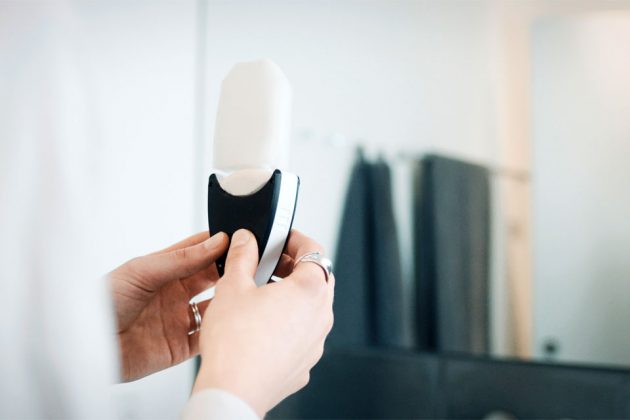 Each Unobrush comes with a docking station that sanitizes the mouthpiece with UV light, so you’d be sure it is free of harmful bacteria. Unobrush could be the biggest revolution in toothbrush design in recent times and so, it is not surprising that the product’s Kickstarter campaign have received immense love. At the time of this writing, it is over 4,500 percent funded.

The campaign has attracted nearly 8,000 backers who have contributed almost $700K in funding. During the remain campaign period, you can secure a set of Unobrush for 579 Danish money (about US$88). Though delivery will not happen until May 2019, so you may want to take note. 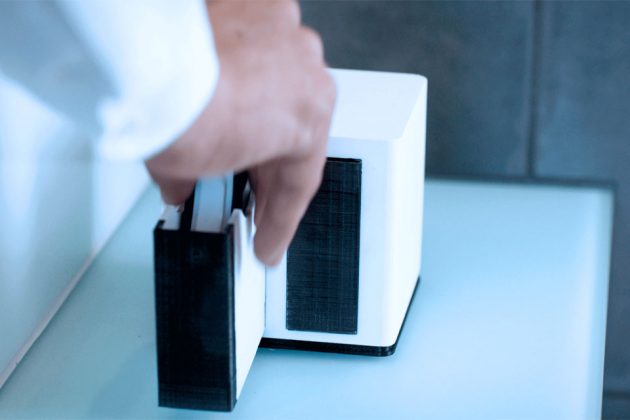 All images courtesy of Unobrush.