You know what they say, “no crime, does not mean no crime.” So, even if Japan is considered a very safe country, it does not mean your things will not be snitched if you leave them unattended. I mean, that’s a no brainer. Basically, it is an open invitation to ‘take me’ if things are left unattended. But there are times you absolutely had to, like say, for example, in a cafe where you have already established your territory on a particular table and you are not about to forgo the cosy place if you have the urge to hit the loo, or grab another cuppa. 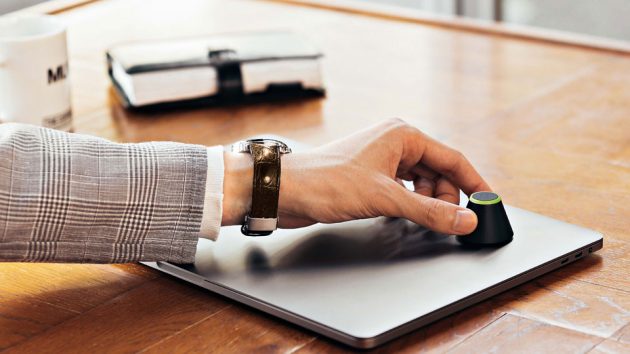 Sure, you can ask someone on the next table to look out for you, but the thing is, can you trust that person? It is hard to tell, but you can have a peace of mind when you need to step away if you have Trene. A product of King Jim, Trene is a tiny, thimble-like Bluetooth device that uses accelerometer to detect movement and as such, when it is placed on top of something you want to protect (such as a laptop), it will let off shrilling alarm, along with flashing red light, if someone attempted to pick up Trene or your precious MacBook Pro. 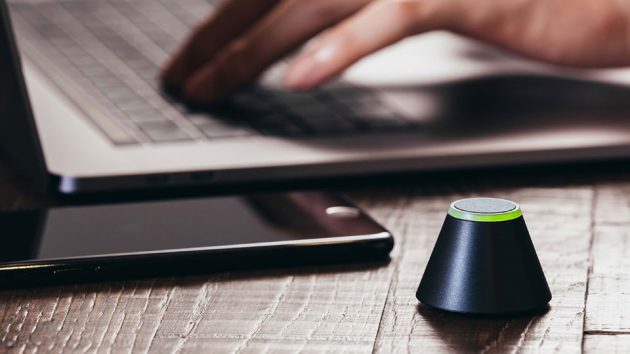 Trene works with your smartphone installed with a companion for Android and iOS, and it is clever enough to disarm the alarm when you are back at your table, so you won’t be inviting misunderstanding to yourself. While the pitch video shows it is being used on a laptop, Trene is applicable to just about anything it can be placed on – from suitcase to tablet to books. Apparently, Trene can be customized so it will be audible in the quietest to the noisiest of places. But really, if criminal minds decided to make a dash for it (which they usually do when alarm is set off), Trene will be just a futile attempt to make your ‘open invitation’ an embarrassment to the perpetrator(s). 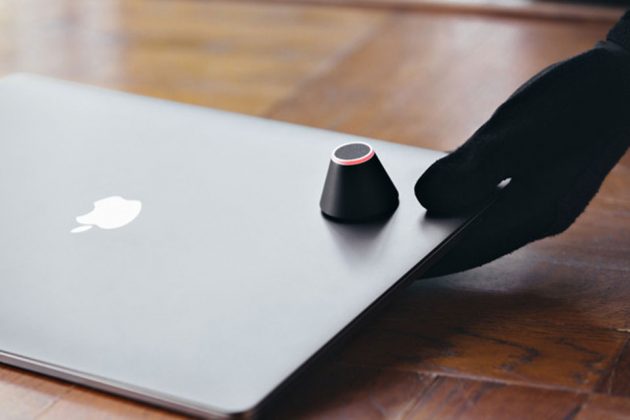 What I am trying to say is, it is probably designed with a safe country like Japan in mind to serve as a deterrent. Perhaps, King Jim should throw in a sign that says, “Protected by Trene Alarm System”? Just saying. King Jim has taken to Japanese crowdfunding platform, Makuake, to peddle Trene. The campaign has ended with much success with nearly a thousand people pumping over 6 million Japanese Yen into the product. Now that the campaign is over, residents of Japan who love to get their hands on Trene will have to wait for it to be available in the market when it will retail for 7,344 Yen (about US$66) a pop. Skip ahead for the pitch video in Japanese.