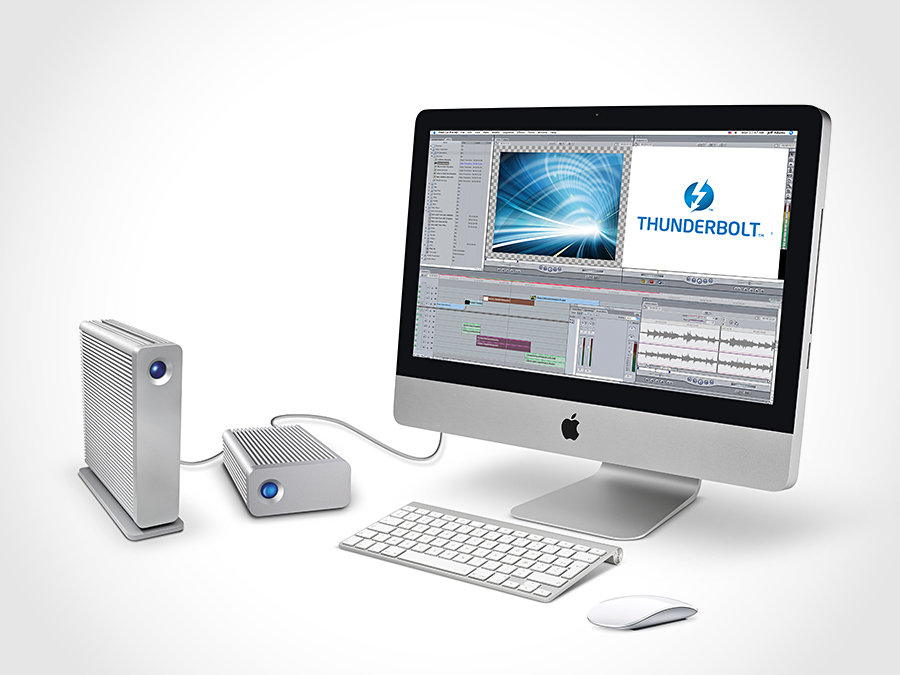 we welcome advanced development of new and faster interface but then, this break neck development speed does render some of our still new peripherals pretty much obsolete. speaking of which, if you are a Mac user, specifically the new generation of Macs, and have some of those eSATA external drives lying around, then the new LaCie eSATA Hub Thunderbolt Series is what you need to bridge the gap between the old and new. how the device works is pretty straightforward: it act as a go-between for your older eSATA drives and your new gen Mac that is equipped with Thunderbolt technology. apart from its usual signature LaCie good looks, it sports two Thunderbolt ports that offers up to 10Gb/s transfer speed each and two 3Gb/s eSATA ports for your eSATA devices. the dual Thunderbolt ports allow users to daisy chain with up to six Thunderbolt devices, which means users can hook up to 12 eSATA drives to a Mac while still maintaining full eSATA 3Gb/s speeds. additionally, the Thunderbolt technology also offers reduced clutter for your desktop work environment by connecting both a Thunderbolt display and storage device with an optional single cable. of course, you can also choose to connect to an external Thunderbolt display and your Mac, simultaneously. it’s entirely your call. the LaCie eSATA Hub Thunderbolt Series can be yours for $199 a pop. click through for a few more look, including a couple of ‘suggested connection’ imageries.