if we were to do a ‘weirdest things on the Internet’, the Lammily: Barbie With Normal Body will no doubt be on top of our list, but in a good way. all this while, our society has been shaped and psyched to believe a woman has to be ridiculously slim and dressed in expensive clothing to be beautiful – thanks in part to the misconception stemmed from the myriad of advertisements, entertainment and even toys that we are constantly being exposed to. while nothing can be done about the former two media, one man by the name of Nickolay Lamm decided to challenge the status quo of the latter, by showing the world how a Barbie doll would look like if she had the CDC measurements of an average 19 year-old girl in America and so he did, and his 3D-printed average Barbie immediately went viral in July, last year.

the world loves it (i secretly do too. damn it. i said it. i shouldn’t have!) and i am sure you do too, and we have good news for you. the Lammily, as it is officially called, aka Barbie With Normal Body is heading for production pretty soon. Nickolay has taken this wholesome endeavor (which could save countless adolescents from falling into the pit of void) to crowdfunding platform CrowdtiltOpen (a new kid in the crowdfunding platform, btw) to seek the world’s support for this “average is beautiful” doll and not surprisingly, the world has spoken. with 25 days left, it has already breach its initial funding goal and is, as we speak, 405 percent funded.

you can pre-order your very own Lammily for just $25 a pop. each Lammily features articulated wrists, knees, elbows and feet, with minimal makeup (definitely no ridiculously over-shady eyelashes here) and comes dressed in everyday simple clothing comprising of a blue-white ombre blouse, denim shorts, and white sneakers. you know, that sort of wardrobe that you might see ladies wearing in Santa Monica beach while walking their dogs. you get the idea. if you are still ‘not in touch’ with the beauty of Lammily yet, there is a video after the break to bring you up to speed. 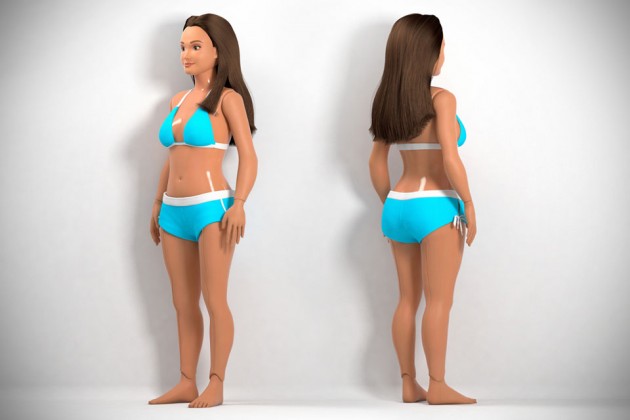 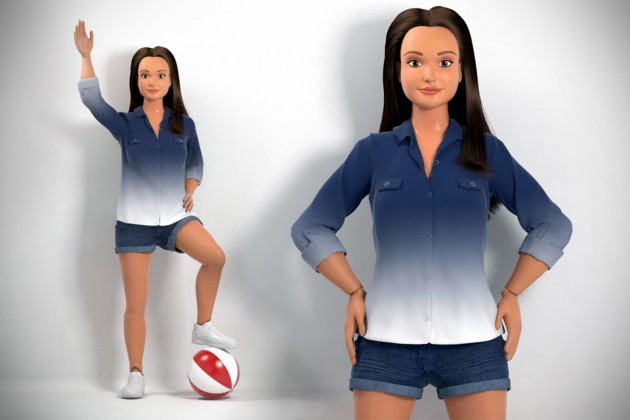