What you are looking at is the LEGO–lized version of Overwatch’s transformable Bastion. Specifically the Omnic Bastion. I know right. You probably didn’t realize it until we said so, but yes it is the Bastion. It must be disappointing for fans. Hope the minifigures will be able to save the rest of the line up when they becomes available. Not sure why the orange. Oh, right. It is the Bastion in Omnic Crisis Skin. I don’t know why olive military green, which is obviously a better color choice, did not get chosen. Here’s the official description:

“Overwatch fans will want to build and collect this exclusive Bastion figure in Omnic Crisis orange skin. This Overwatch toy can swivel at the waist, move its arms and features a small sub machine gun in the right arm. Fans will also appreciate Bastion’s friendly bird sidekick, Ganymede, also in the unique Omnic Crisis orange skin. This Overwatch buildable toy is a Blizzard exclusive and only available in limited quantities.” 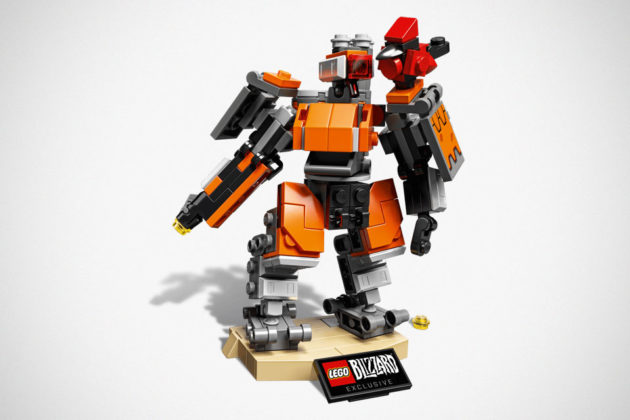 But before you head there, you may want to know you have a shot at getting a set for free. All you have to do is retweet this post by LEGO on Twitter to have a chance (also read the official rules of this contest, if you are interested in participating). You’re most welcome. 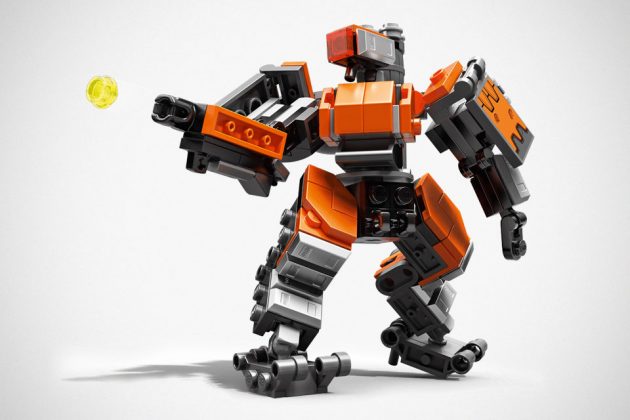 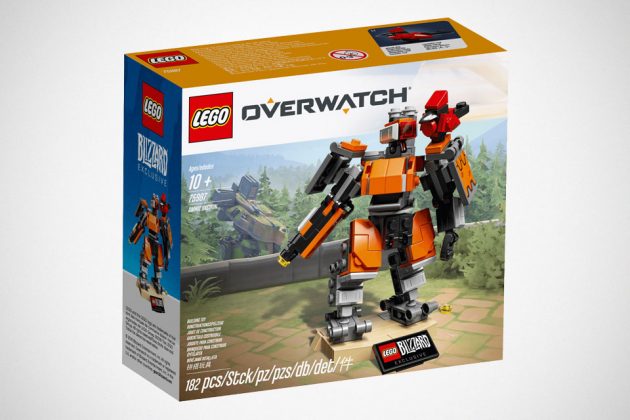 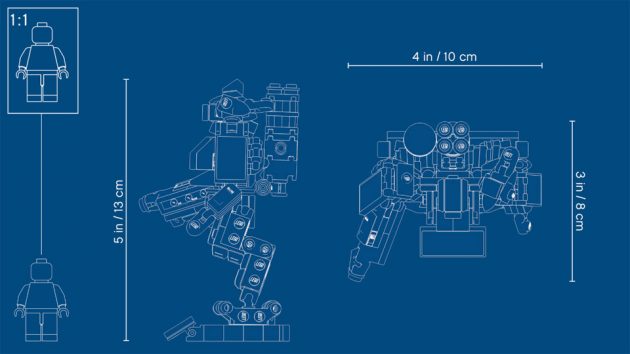