If you haven’t heard, LEGOLAND Castle Hotel in LEGOLAND California is now officially open for business. And no, while it looks absolutely like an supersized LEGO castle set, it is not made of LEGO elements. It still cool to ogle at and should as cool to be staying in, nevertheless. Though the royal LEGO statue out at the entrance, along with over 2,100 LEGO models spread across the hotel, are made of regular sized LEGO elements, totaling more than 3 million pieces. 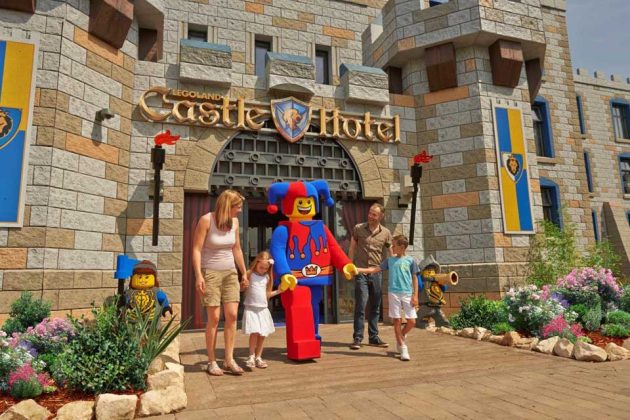 Too bad it isn’t made of real LEGO, if not it will be the largest LEGO set ever. Then again, it wouldn’t be structurally sound to be staying in, much less sleeping in, would it? The 250-room hotel features individually-themed rooms with each room sporting a children’s sleeping area that is furnished with bunk beds, a trundle bed, TV set, a LEGO building station and illuminating shooting stars on the ceiling to coax the young ones to sleep. 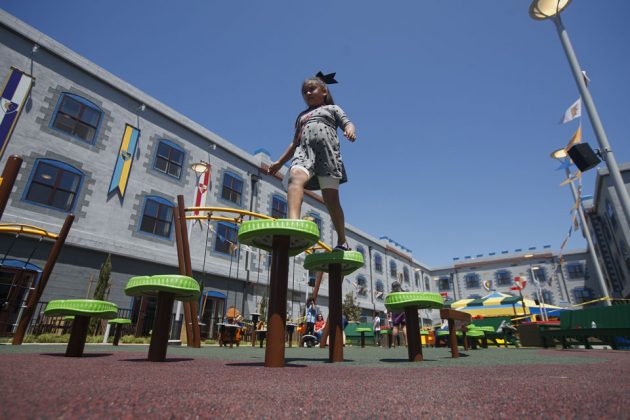 The adult’s bed is not as exciting though; it gets an ornate head board with LED lights, a canopy with sparkling, twinkling lights (or shelves filled with potions) and an illuminated magical bubbling cauldron. Both the potions and cauldron are non functional, but I guess you already knew that, don’t you? But LEGO-lized rooms are just part of the story. It has a lot more:

“The Royal Courtyard immerses children in a fairy tale of their own creation with multiple play areas for different age groups, a giant movie screen, resort-style pool with interactive water features and hot tub and a tented stage for live plays and shows. Interactive elements throughout LEGOLAND Castle Hotel include a knock-knock door, a royal throne that makes silly noises, LEGO caricatures to build upon, a self-playing piano and a slide from the first floor to the lobby.” 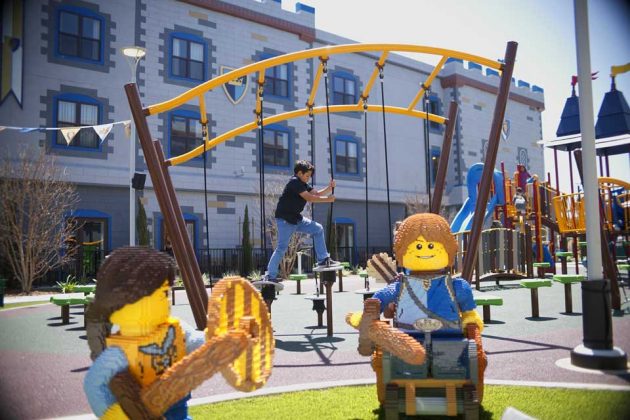 Finally, there’s a full-service sit down restaurant called Dragon’s Den where you can enjoy meal while witnessing the chefs work the magic, and enjoy LEGO models and entertainers. I am not sure they do have LEGO brick shape bacon though. I will have to check. In the mean time, stick around and have a few more look at this spanking new LEGOLAND hotel, courtesy of LEGOLAND California. 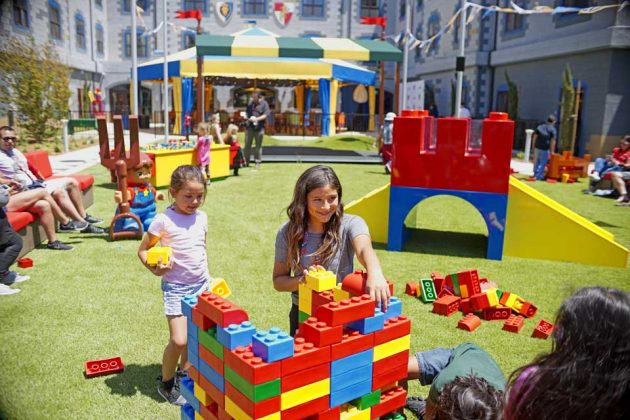 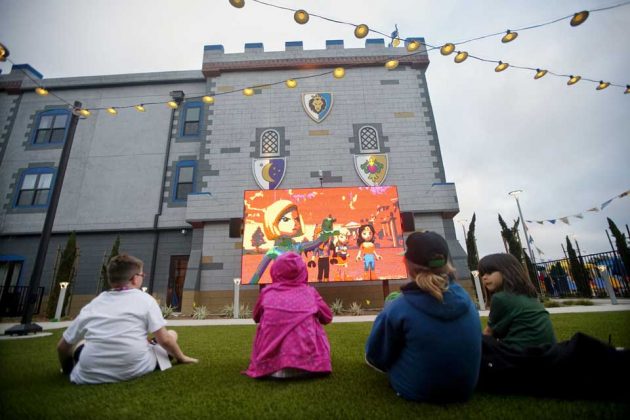 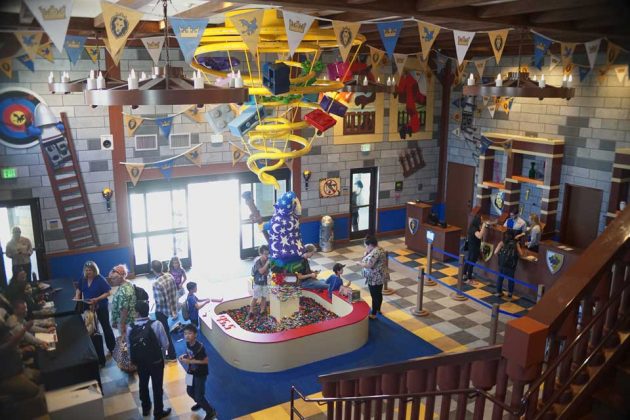 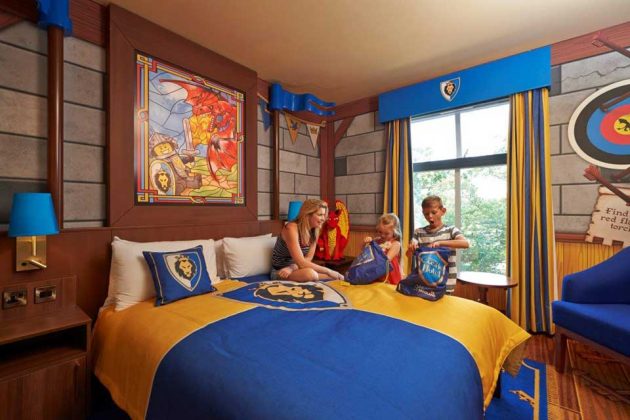 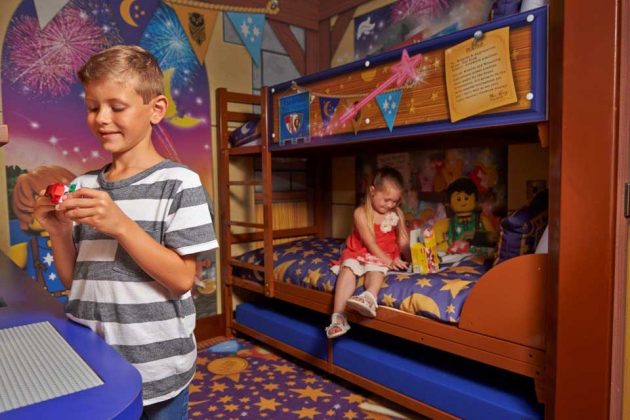 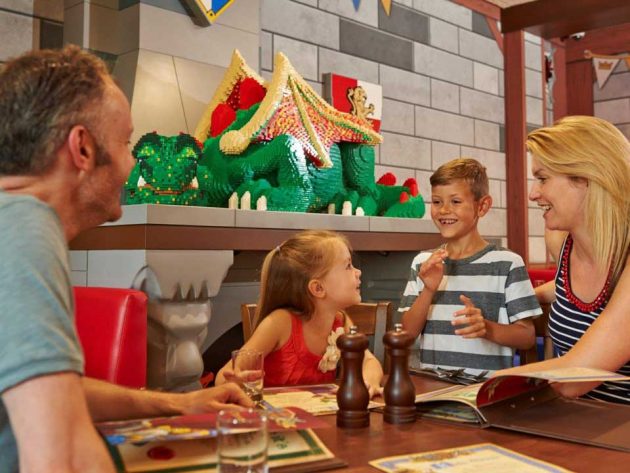