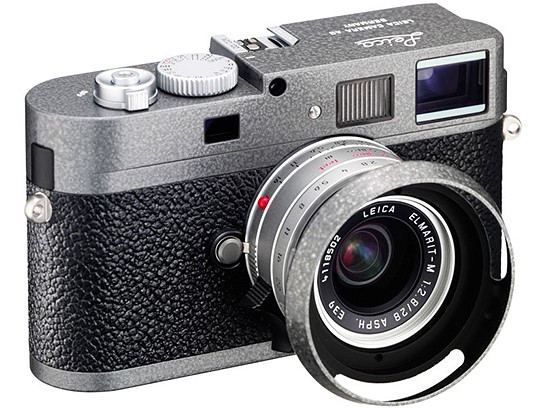 marking the 5th year of its Ginza store in Tokyo, Japan, Leica has announced a limited edition run of its Leica M9-P, dubbed the Leica M9-P Hammertone Limited Edition. this limited edition camera will include an Elmarit M F2.8/28mm ASPH lens and will sport a classic Leica inscription on its top plate. other features include a vulcanite cover, sapphire glass for its LCD and toned down branding (i.e. no red Leica logo or M9 marking on the front). only 100 of this will be made. unfortunately, we have no idea how many will be allocated to which country. there’s no indication on the pricing but it’s a Leica and it is a limited edition unit, so expect it to hurt your wallet bad. the Leica M9-P Hammertone Limited Edition is slated for release this July.