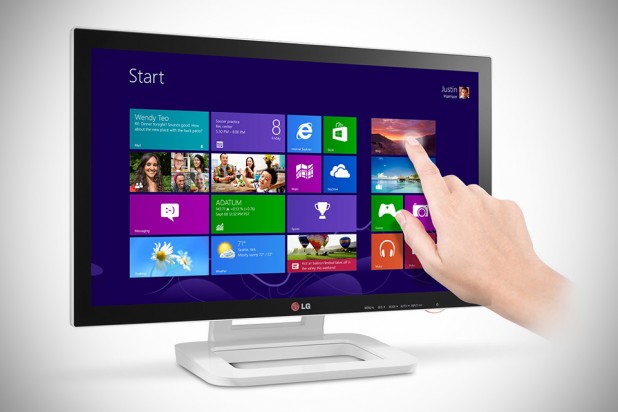 according to the late Steve Jobs, consumers don’t favor vertically placed touchscreen as our hands will get tired after sometime and we believe there are some truth to Jobs argument but not withstanding the ‘some truth’, that notion is about to change now that Windows 8 is officially out in the wild. computer makers are jumping into the touchscreen bandwagon in full force and among those that surfaced recently, is the LG Touch 10 Monitor. so named for its ability to allow all ten fingers to be used on the touchscreen simultaneously. perfect for those who are not content with just touching their small smart devices. the Touch sports a 23-inch multitouch IPS panel that affords users to use all their ten fingers at the same time, thus taking advantage of the new Windows 8 multitouch features such as on-screen keyboard and it is also capable of supporting capacitive stylus. we are fine with the addition of touchscreen capability to regular desktop monitor but this particular example but aesthetically speaking, we are all that impressed as compared to other regular monitors that LG is currently offering. in any case, the LG 23-inch Touch 10 Monitor is scheduled to be available next month in Korea with the rest of the world soon after. as for the price, it is yet to be announced. style-conscious geeks can be a better judge as to whether this monitor makes the par in terms of design with a small gallery below.