If you haven’t already heard, LG Tone has a new successor, called LG Tone Pro Bluetooth Headset (HBS-780) and on the even higher end of the spectrum, there’s the LG Tone Studio (HBS-W120). Not surprisingly, both new Tones are as sleek as ever, if not sleeker than its predecessors. With the LG Tone Pro Bluetooth Headset it gets a hidden magnetic earbuds, advanced quad-layer speaker technology, plus nifty features like Find Me that will let you locate a paired device with LG Tone Pro and Voice Memo for recording and listening to voice memos using the headset. 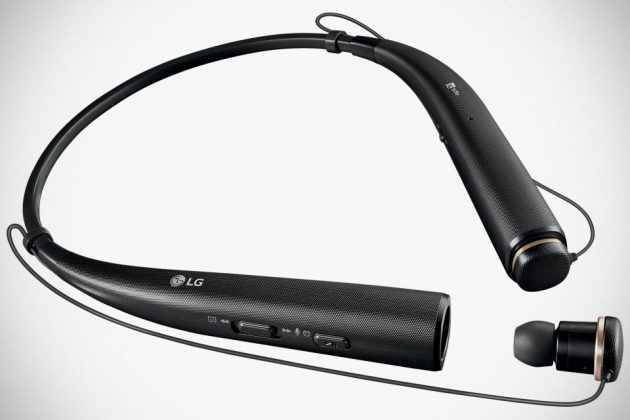 Other highlights of the Tone Pro include a built-in battery that last up to half a day (not really impressive, really, tbh), Dual MEMS microphones for enhanced voice clarity, and tangle free earbuds on a contoured band. Those in stateside can acquire the LG Tone Pro Bluetooth Headset from Verizon for $69.99 as we speak. Don’t fancy dealing with Verizon? Well, then hold out a bit and it will be available at AT&T, Target, and Walmart. And oh, it is also available on Amazon too. Though the colors offered by Verizon are different from those offered by other retailers. Just thought you should know. 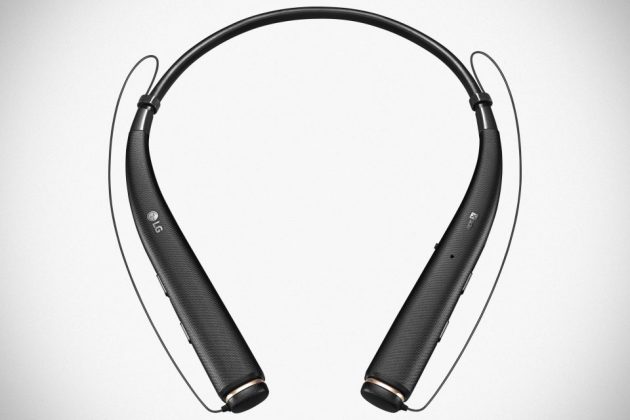 As for the LG Tone Studio, it made its debut at this year’s CES and it is finally available, starting with Middle East markets with North American markets to follow suit. It will also be available to Asia and Latin America markets this month and Europe, in May. We did not read much into it (LG Tone Studio), but from what we gathered, it is a pretty advanced piece of personal audio device, albeit one that’s pretty ridiculous. We’d akin it to having a boombox around your neck because that what it really is. Basically, LG wants you to put speakers around your neck and in doing so, you are less likely to be cut off from your surrounding. 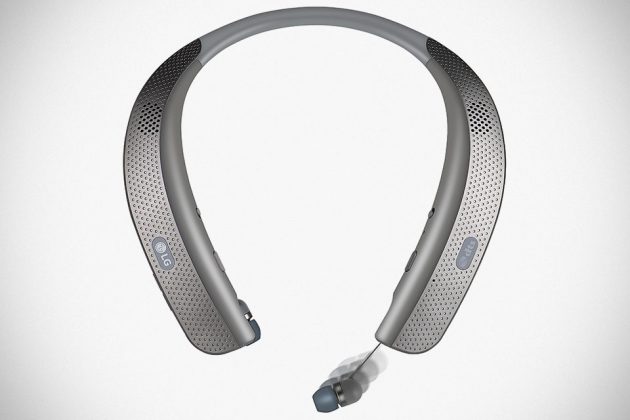 What LG Tone Studio does is, it forms a surround sound the engulf you. Though we are not sure if you will be putting others off with the thing blasting (it does have integrated earbuds though, so you can enjoy the private). Anyways, speaking of surround sound, LG Tone Studio stakes claim as the world’s first wearable audio device to deliver 3D surround sound on-the-go and thanks to the integrated DTS support and built-in HiFi DAC, audio put out through its four external speakers, which includes a pair of full-range main speakers just below the wearer’s ears and two underneath that vibrate against the wearer’s collarbone, it should really sound what it has promised.

Then again, I am sure the environment you are in also a determining factor. As usual, as for the looks, it sure takes the cake. I mean, seriously, no one’s talking about how LG design department is totally up there. LG Tone Studio is available now from AT&T, Jet, Amazon, Verizon, HSN, and B&H, for around $199.99.