With Samsung Galaxy S7 and Galaxy S7 Edge being the much anticipated handsets, it hardly surprises us that they will be eventually receive the golden treatment by UK-based gold-plating maestro, Goldgenie. So, yes. Goldgenie is at it again and this time, it is turning the new Samsung Galaxy S7 and Galaxy S7 Edge into gold, literally. Though we can’t say the same for the sale as they have just slowly being rolled out in the market. 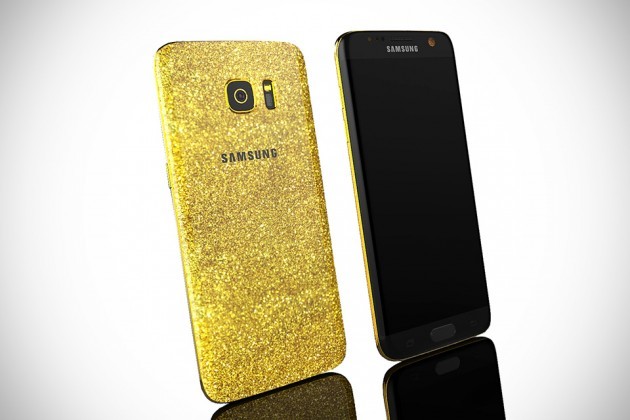 If you are looking to own either one of these flagship devices and have the penchant for all things sparkling, then the Limited Edition Gold Samsung Galaxy S7 and Galaxy S7 Edge by Gold Genie couldn’t be more fitting. But that’s provided you are willing to part with at least £2,097 of your hard earned (or trust fund) money. For that amount, you can expect all the features that come with those devices, along with a sparkling gold back with a cherry oak finished box to boot.

You will also be getting all the standard document, charging/data cable and power adapter that comes with each Galaxy S7 or Galaxy S7 Edge. Whichever device you opt for, it will be SIM-free and unlocked, read to be used in any network in the world. Keep going for the 360-degree view of the Limited Edition Gold Samsung Galaxy S7 and Galaxy S7 Edge by Gold Genie.