Self-professed/girlfriend-acknowledged Tolkien super fan Misha and his pair of feline friends named Frodo and Sam are probably the luckiest bunch ever. Why? Because Tim Baker and his team of master prop builders have custom built a cat litter box and scratching post resembling the Hobbit-hole or Smial and Tower of Sauron, respectively. Man, it couldn’t be more fitting, really. Both structure were made of foam, with the Hobbit-hole receiving a fiber glass outer shell and some reinforcement, and topped with the appropriate dried lichen, and wire and epoxy trees. The tower, on the other hand, is equally impressive, boasting a towering structure covered entirely with 650 feet worth of rope, while the creepy Eye of Sauron is fabric filled with catnip. 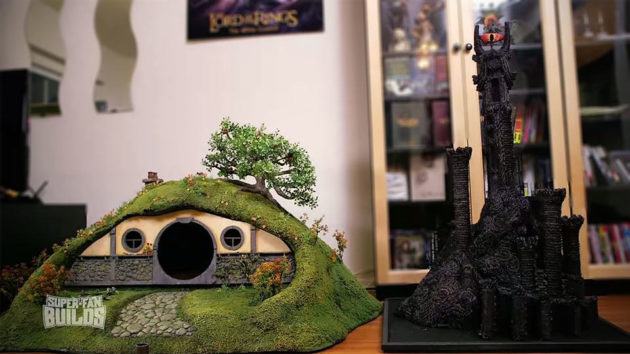 Now, Frodo and Sam (the cats, not the duo from the movies) can unleashed their claws and kick some Sauron ass and celebrate the victory by taking a dump in the comfort of the Smial. Keep going for a video of the build which includes the great reveal of these custom cat haunts to crazed LOTR fan Misha. However, a word a warning though. Misha is seriously obsessed with everything Lord of the Rings. He even put cat Frodo into a paper bag and claims that he (Frodo) loves it because in this way he will become Frodo Baggins. Man, why do I have a sudden chill? Anyway. Keep going and be awed (by Baker and team, as well as Misha, of course). 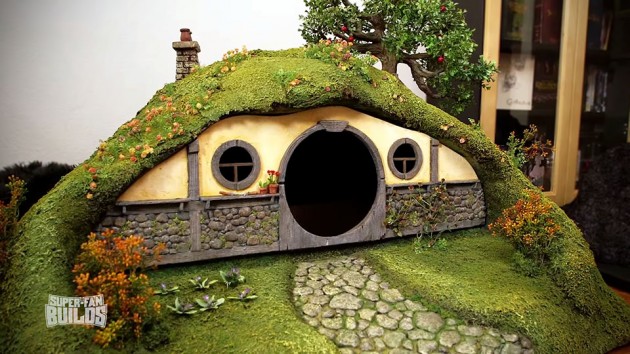 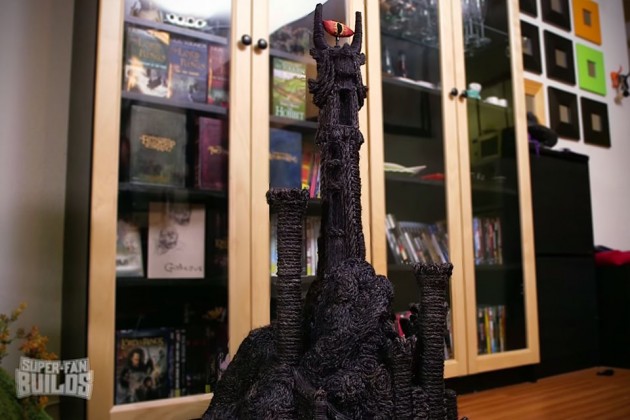 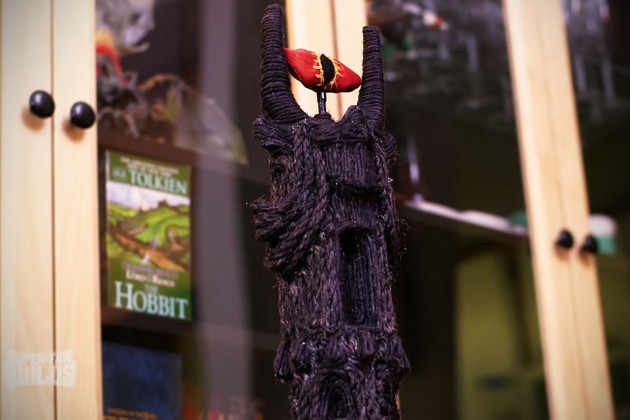 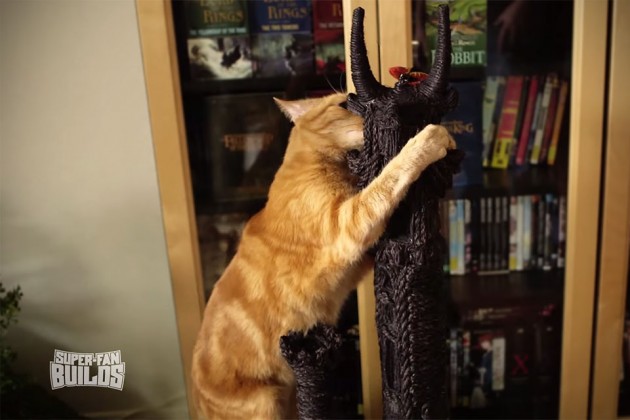