You have heard of many ways to plan for retirement, but I bet you didn’t see this coming. One 82-year-old Indian man, who was the record holder of the world’s longest fingernails, had his long-ass nails lobbed and apparently, sold to Ripley’s Believe It Or Not for “enough for retirement” (actual among is not disclosed, btw). Anywho, Shridhar Chillal went under a mini circular saw to remove his super long nail he had lovingly cared for over the last 66 years.

The nails, totaling 29.8 feet (9 meters), saw the longest nail from his thumb measuring a staggering 77.8 inches (1.98 meters!). Obviously, with nails that long, it posed some inconvenience in life. Like, for example, Chillal had to wake up every half an hour in the night to move his hand to the other side of the bed when he needed to shift. Well, that kind of explains why he have such a serious case of eye bags, doesn’t it? So, what prompted a man to maintain such long nails? 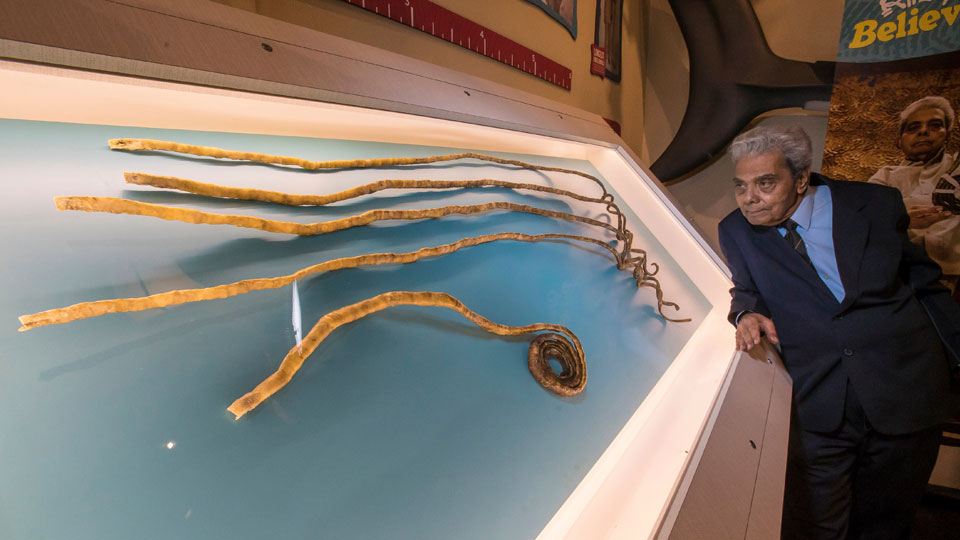 Well, according to the man himself, it started with a grudge when he was just 14. He broke the nail of a teacher’s who reprimanded him, telling him that you will never understand the care required for long nails. From then, he decided let his grow, just to prove the teacher wrong. The rest, as they say, is history. The grudge not only earns him the record holder for the Guinness World Records for the world’s longest nails, but now, it also earned him what need for retirement.

Like, who knew right? Who would have thought growing nails could be an investment that could lead to retirement? But at 82, that may be a retirement that came too late. I guess it is better late than never. Chillal must have felt a sense of relieving himself of the baggage that had been with him for nearly 70 years. Chillal’s nails is being displayed at Ripley’s Believe It Or Not.

Images: Ripley’s Believe It Or Not!