Motion sickness is a nagging problem that plagues some people. The only reprieve is over-the-counter or prescription pills (for severe cases), but French automaker Citroën is determine to relieve motion sickness sufferers the agony. Thanks to a weird-looking eyewear called, wait for it… Seetroën (clever, very clever Citroën!), you can say goodbye to motion sickness and to pills. Motion sickness is when the brain got confused about what the eyes see and what the inner ears sense. This is more apparent if you are looking down at say, a magazine or smartphone. 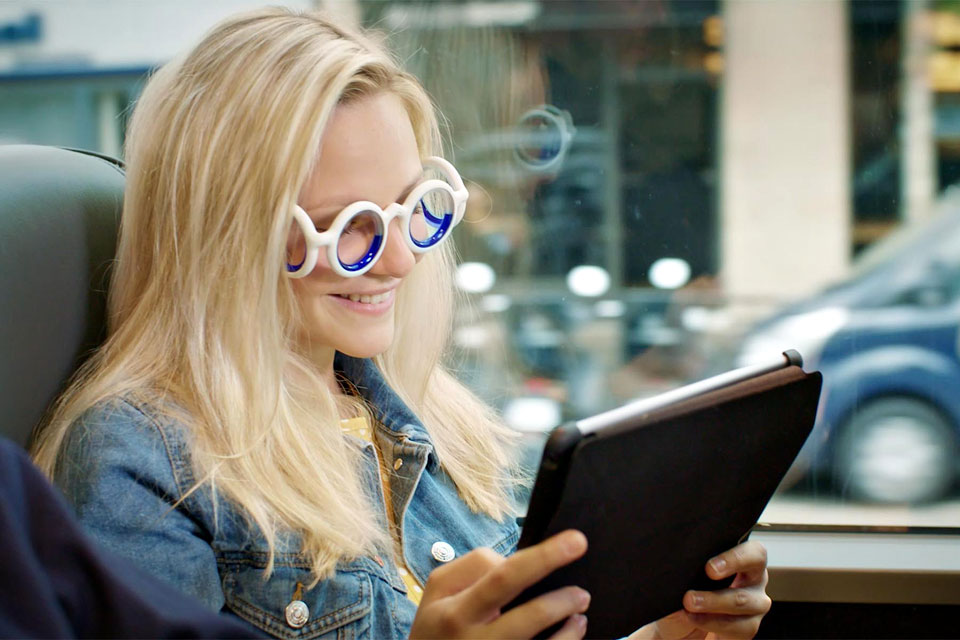 The eyes see no fast movement, but yet, the ears begs to differ. In some folks, the brain can’t make sense of it and thus, resulting in motion sickness. But how is this four-eyed glasses can help? Well, if you look closely, you can see each round frame’s inner frame is a liquid-filled ring. The liquid-filled ring is a technology called Boarding Ring, developed by a company of the same name. Each transparent ring is half filled with a blue liquid that is free to slosh around. This free-moving liquid simulates the angle and movements of the horizon and so that what the wearer sees will match what his her inner ear is sensing. Hmmm, why does this sounds like a magical cure? 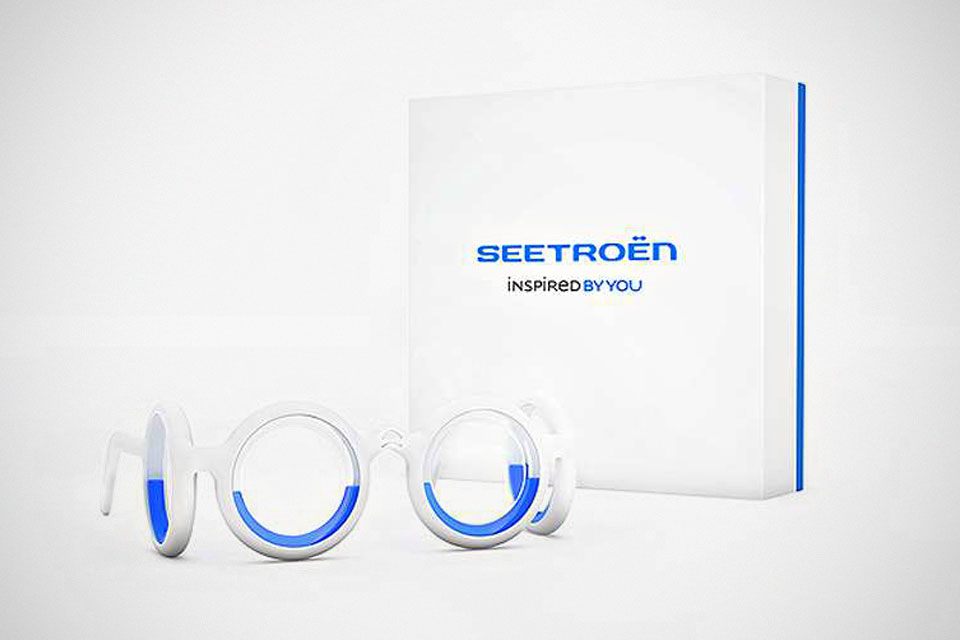 What’s even more magical is, you don’t need to be wearing this bizarre eyewear throughout the journey. Once your brain reconcile the conflicting data picked by your eyes and ears (which takes about 10-12 minutes) when you look at a stationery object like say, a book, i.e. you stop having the barf feeling, you won’t be needing it. Well, at least, not until the next time you hop onboard another transportation. Like I say, it sure sounds like a miracle cure for a problem that has plagued so many folks and best part is, Citroën Seetroën Anti-Motion Sickness Glasses is not a concept.

Citroen will be selling it over at its online lifestyle store for $115. Though it is not clear when. Last checked, it wasn’t on the store yet. You can learn more in the video below.