Bluetooth technology is pretty lively in the portable and small speakers market, but if you look around, it has yet been widely adopted as a standard in good HiFi sound system and this is where Mass Fidelity Relay Hi-Fi Bluetooth Receiver wants to feel the void. bridging the gap between your Bluetooth-capable devices such as your tablet, smartphone, computer and even from the cloud, it allows you to spin your tunes wirelessly to your awesome non-Bluetooth enabled sound system. it features party-crowd favorite, dubbed the Party Pairing technology, where everyone in the party can take turns to play DJ – all you need is a good sound system, some party animals with Bluetooth media devices loaded with libraries of music, or streaming services.

output is via a set of gold-plated RCA phono-style connectors, while the professional-grade Burr Brown 24-bit DAC within, ensures your party will be getting nothing but the best sound. there’s no Ethernet or WiFi and no pairing to deal with – just plug-and-play, scan and connect with your device, and you are pretty much all set. you don’t even need an app for the control which is a good thing, now that most people already have their hands full of apps. last but not the least, the sophisticated sound is complemented by a beautifully aluminum enclosure that would fit nicely in any modern homes. available now at Mass Fidelity for $249 a pop. 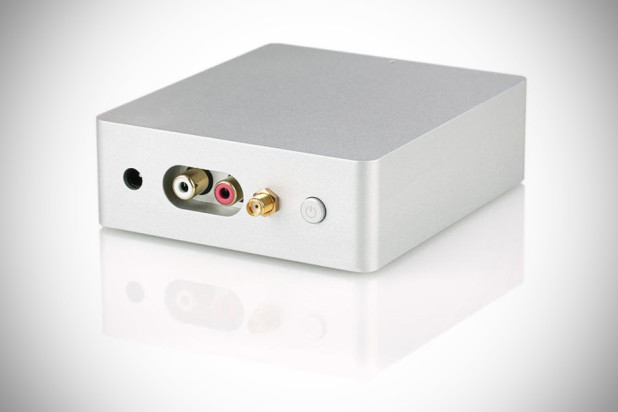