Well, what do you know? Huawei sub brand Honor is reportedly collaborating with British luxury car marque Rolls-Royce to release a special edition Honor Note 10 smartphone. Before you get all too wet about it, it probably will not have a pop-up Spirit of Ecstasy on it – if that’s what you were thinking. Regardless, a lone leak image is all it takes to let in on what to expect of this “Rolls-Royce” Phone: a shiny silver back cover as classy as the automaker itself.

The metallic silver back is also home to a fingerprint sensor located below the vertical dual camera setup with LED flash. Additionally, a Rolls-Royce logo can be see right smack on the middle and further down is the Honor’s own branding. Beyond that, nothing is known. Shiny silver is an invitation to fingerprints and smudges, oleophobic coating or not, as some reviews have found out. 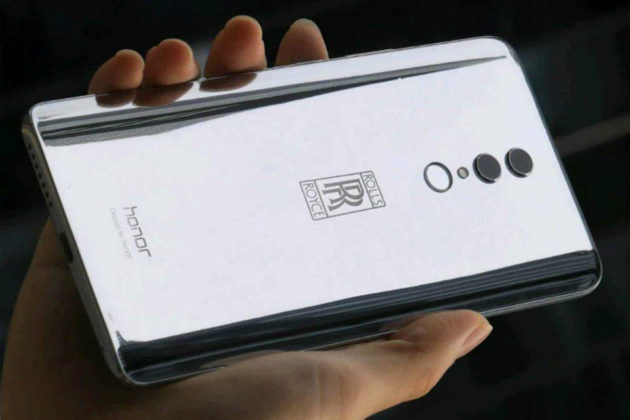 So, I am not so sure it is most brilliant design choice at all, but then again, if this holds true, it will not be the first. Many of today’s phones are fingerprint magnet anyways and the super cool treatment isn’t the first; it dated as far back as Nokia 8810. Who knows, this collab device might rekindle the industry obsession with mirror-finish phones?

Anywho, according to our source, Honor is expected to launch the new Honor Note 10 on July 25, at 23:59, a minute before the clock strikes 12 to usher in the new day. Why? I have absolutely no idea. The Honor Note 10 is expected to pack Huawei’s current most powerful processor, Kirin 970 SoC, which is usually paired to 6 GB of RAM and 128 GB of storage.

Though it is not clear if the special edition will sport any different design or hardware like the Porsche Mate RS by Huawei did. One thing for sure though, the Honor Note 10 is will be getting the GPU Turbo boost update rolling by Huawei starting next month.