With the seventh Star Wars film hitting the theaters in less than two months time, it is time to unleash the Star Wars fandom in you, which we thought you can start by snagging this wallpaper mural that features just about every character that had ever appeared in the past six movies, against a backdrop of iconic Star Wars vehicles and spaceships, including X-Wing Fighter, Star Destroyer, AT-AT, AT-ST and more. This is where you can prove you are a true super fan – by identifying all of them – an near-impossible task, if you ask me, but if you do, considered yourself as the ultimate super fan of the Star Wars franchise. Also, may we suggest you make a Youtube video of you naming all of them. I am sure it will be a mega hit and if you do make a video, we want to know about it. 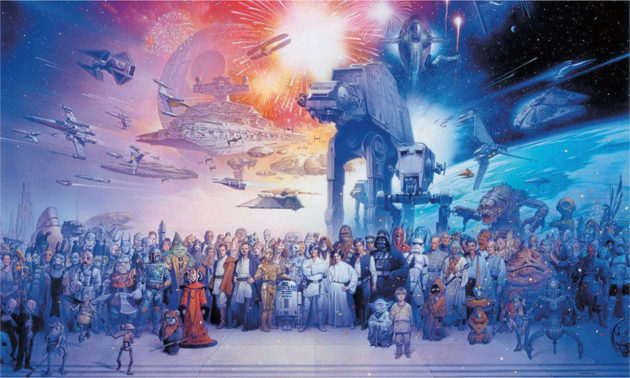 Measuring a massive 126 x 72 inches (3.2 x 1.8 meters), the Massive Star Wars Cast Wallpaper Mural is printed on durable, damage resistant SureStrip and comes ship in seven pre-pasted, water-activated panels. The panels are completely removable, but there’s a catch here: once removed, they are not reusable. Want one? You can acquired from Retro Planet online store $154.99 a pop, or if you prefer, you can pick it up via The Fancy too. Your choice. 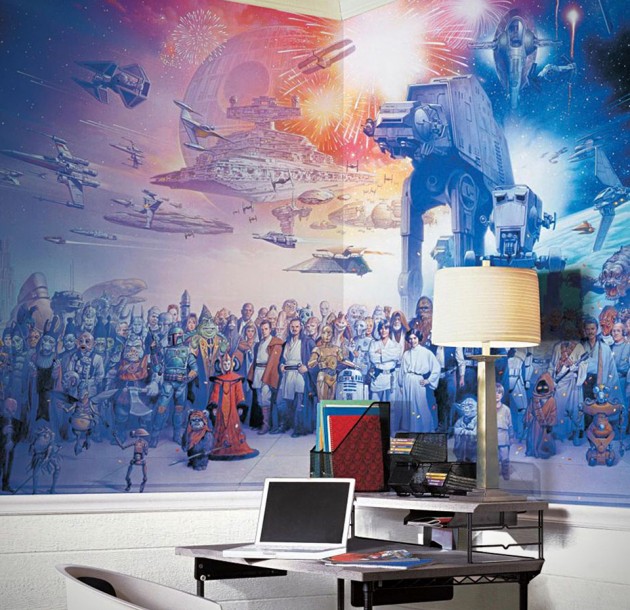