We have seen quite a number Batmobile builds that are mostly not-for-sale. If you fancy one, you have to either custom one yourself or get some pros to do it for you which would likely to cost an arm or a leg. But for one very lucky Playstation gamer by the name of Francis got one for free, albeit of a smaller scale – thanks to the PS4 Bundle Sweepstakes. In this sweepstake, all you need to do is to tweet a pic of yourself with a Batman Arkham Knight Bundle to have a shot in winning this awesome Batmobile. For Francis, it was his first ever tweet and as beginner’s luck would have it, it bagged him a scaled, but drivable Arkham Knight Batmobile Super Gamer Builds. 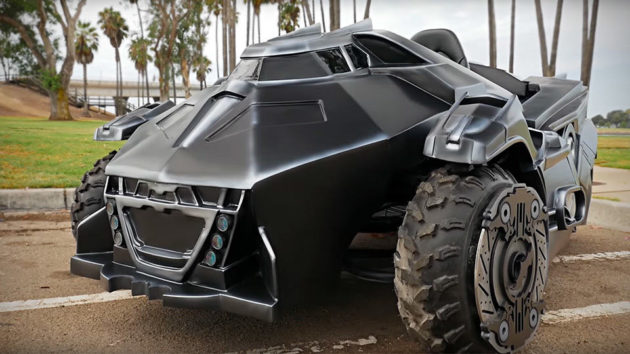 The said Arkham Knight’s vehicle started life as side-by-side sport vehicle, which subsequently had its original cage rebuilt to achieve a lower profile required by the caped crime fighter’s vehicle of choice. Mold was built and fiberglass body was formed, along with all the details, including lighting system, that would make this vehicle instantly recognizable as the Arkham Knight Batmobile. Like I said, it was exactly like the game’s vehicle, only smaller, but unfortunately, working afterburner is not in the order, and the wheels aren’t exactly like the game’s ride.

Overall, it is still a ride to drool over. There’s catch though; this isn’t a registered vehicle (and we doubt it can ever be road-legal), which means lucky dude Francis’ real-life crime fighting career is limited to enclosed courses. Also, there are no working weapons onboard. 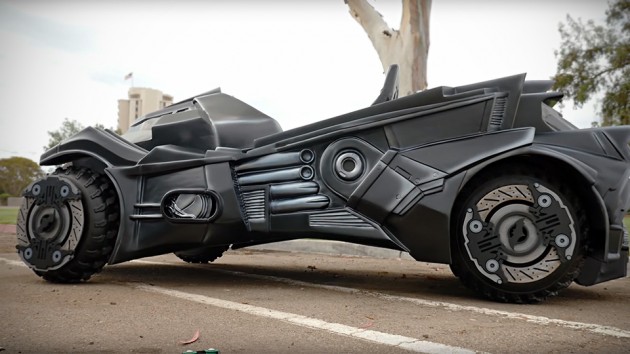 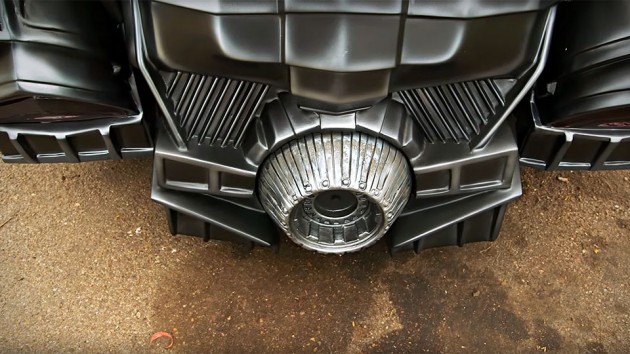