Self-driving car is the next big thing in personal transportation and surely a giant like Nissan is not going to miss out in the action. True enough, the company has just unveil its vision for an autonomous electric car that takes self-driving into the future. Just think of the Audi Will Smith drove in the sci-fi flick I, Robot. Known as the IDS Concept, where the IDS stands for Intelligent Driving System, this futuristic concept comes in the form a sleek hatchback with a rear end that looks suspiciously like the Leaf and boasts crazy amount sci-fi-ish tech, including next-generation lithium battery with 2x energy density of today’s Leaf, a transforming interior, and artificial intelligence that emulates the driver’s habits (hopefully, just the good ones) during autonomous mode. 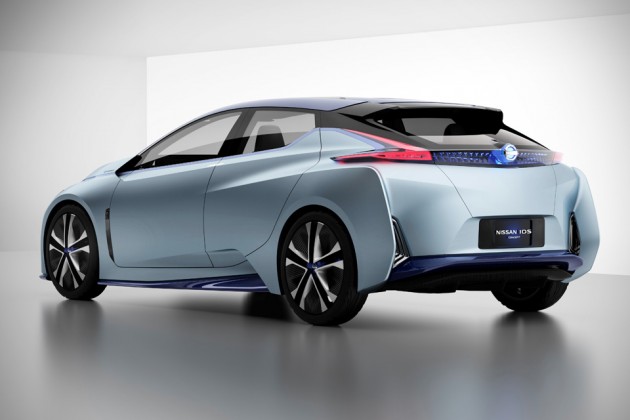 With the IDS Concept, Nissan hopes to minimize human error, which is the main culprit of car accidents, and at the same time, offer the world a clean and efficient mode of transportation. In addition to self-driving mode, driver can choose to take the wheel, but the real treat is, you as the driver do not need watch the road, so to speak, when the vehicle is doing your job. In autonomous mode, the steering wheel recedes and the instrument cluster rotates down to takes its place, now as a big flat screen touch panel. During the ‘transformation’, the four seats will also rotate inwards, albeit slightly, to allow for easier human interaction.

Apart from technologies that will ensure safety of the occupants and road users, IDS Concept also incorporate some “human touches” that would quell the fear that road users have and promote “confidence and a sense of harmony for those outside the car.” One such example is the LED-powered Intention Indicator that, when pedestrians or cyclists are nearby, shines white, letting them know that the car is aware of them. There’s also an electronic display on the dash, facing the road, which will flash messages such as “after you” to pedestrians to further convey that “I know you are there and ain’t going to knock you over.”

Nissan did not specify what’s the under the hood, but we do know that it is equipped with a 60 kWh battery, which when coupled with its low drag coefficient aerodynamic and lightweight full carbon fiber body, afford the IDS Concept to go on long distances on a single charge. Smart device controlled Piloted Park and wireless charging technologies are also part of the futuristic tech found on the IDS Concept. And oh, if you think the car looks kind of funny, it is probably because of the wheels, which are of super thin 175-size rubbers that supposed to minimize air and roll resistance. One thing for sure about this car is, it ain’t going to be a fast one.

The Nissan IDS Concept is not doubt a bold endeavor and much work is still needed, so don’t expect it anytime soon. Nissan said it expects the technologies found on the IDS Concept in multiple vehicles around 2020-ish. Welcome to the (almost) future. We don’t have flying cars that can do without wings yet, but at least, self-driving cars are fast becoming a reality. A consolation for eager futurists like us, I guess? 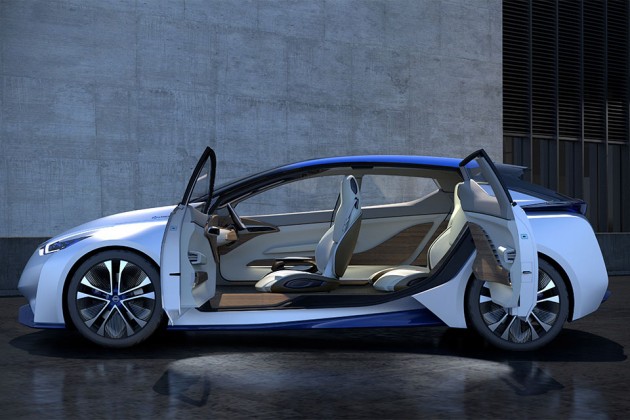 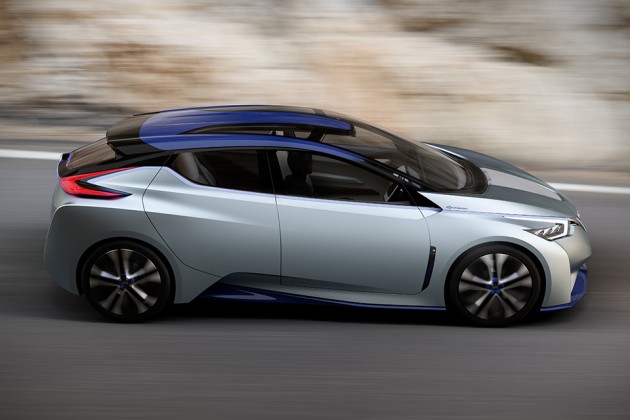