MB&F, AKA Maximilian Busser and Friends, has come a long way. It has progressed from making exotic watches to, in recent years, exquisite clocks that were pretty much out of this world. The Octopod is the luxury watch brand’s latest table clock that will leave sci-fi fans drooling all over. Assuming the form of a robotic octopus (hence, Octopod), the Octopod was a co-creation with L’Epée 1839 and features deep sea technology like the bathysphere (that’s a deep sea, spherical submersible, if you don’t already know) inspired by the late eighties sci-fi/horror flick, The Abyss (1989, 20th Century Fox) and it boasts no less than 468 fine-finished components behind the newly developed eight-day movement by L’Epée 1839 that makes it ticks. Impressive. 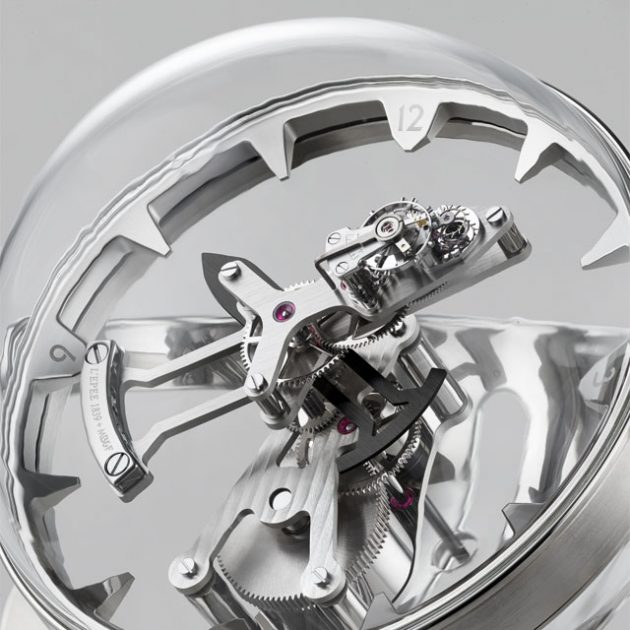 While it is inspired by marine creatures like octopus and cephalopod, we can’t help but to associate it with a spider, since spider has eight legs, which the Octopod obviously also possesses, and it has up to three joints on each limb, thus making it more spider-like than anything else. And need we remind you that an octopodidae has not actually joints. Also, It kind of reminds us of the alien robots from the rebooted War of the Worlds (2005, Paramount Pictures), except that it is five additional legs with one additional joint in each. Similarly, it also reminds us of the annoying Transformers tiny robots, which also had eight legs. So, yeah, I do not concur it as a marine creature-inspired device, but that does not make it any less awesome. Well, that’s until we knew the price.

Not surprisingly, this is not only very limited edition, available in 3 models (namely, black PVD, blue PVD, and palladium/silver), it also comes with a monster price tag of 35,000 Swiss franc, which works to around a princely sum of 36,140 American dollars based on current going rate. Ouch. Then again, MB&F was never for everyone. The company’s products, particularly the clocks, are reserve for Scrooge McDuck’s level of connoisseurs who have a bank vault of cash (but preferably, bank vaults, really). You can admire the majectuoso table clock in the video after the post and while you at it, try not to destroy your keyboard with your drool, will ya? 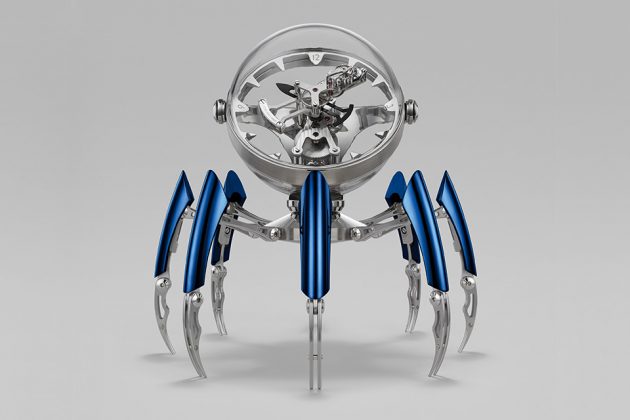 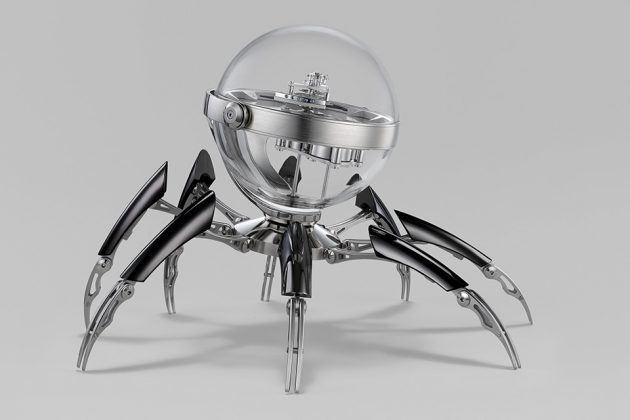 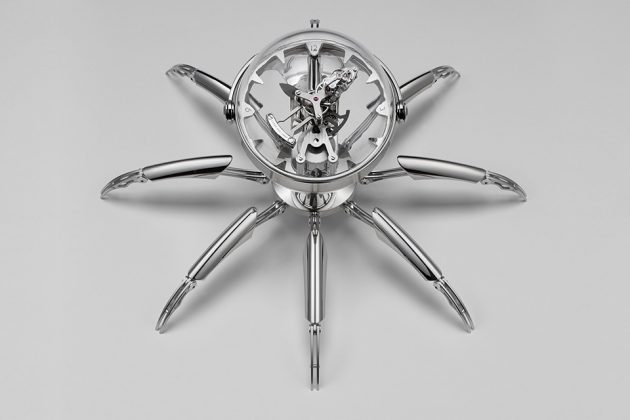