Well, what do you know? The Grand Big Mac is not the only thing McDonald’s is bringing in to celebrate the 50 years of Big Mac. There is also a ring too. You know. A ring as in the jewelry? And it is a ring that takes after the image of, you guessed it, a Big Mac. As awkward as it may look on anyone’s finger, this ring is not a toy and it is most certainly not something you will find inside a Happy Meal box. In fact, it was designed by fine jewelry designer Nadine Ghosn and aptly called Bling Mac. Like I have said, this ain’t no toy. It is not called a Bling Mac for nothing. 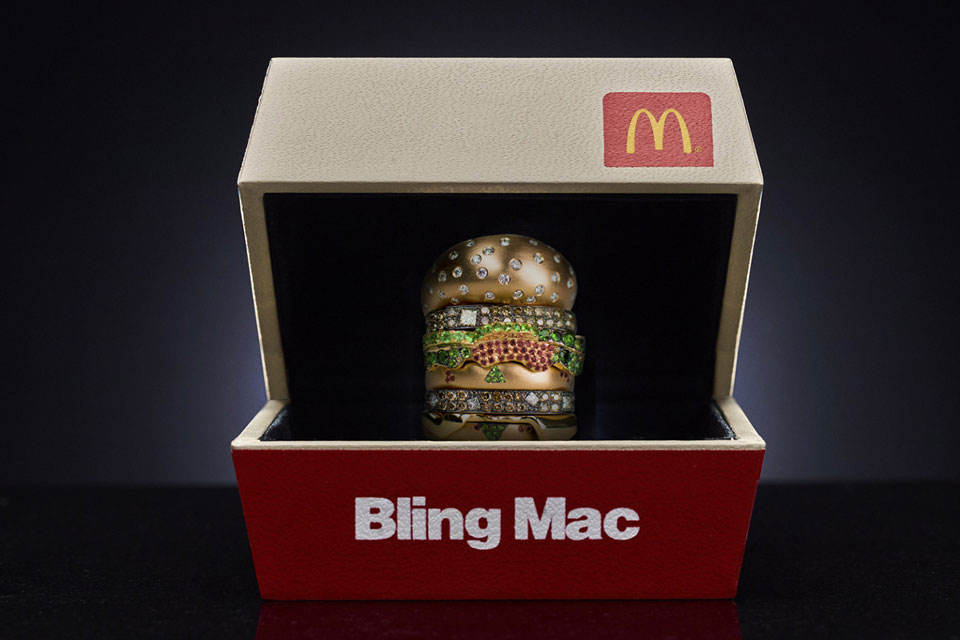 This is a serious piece of jewelry, notwithstanding its Big Mac likeness. Although I can’t imagine anyone would want to flaunt it in a high society party. Not that it is ‘cheap’. This thing here is valued at a cool $12,500. It is understandably pricey because, after all, it is of 18K gold and come embellished with seven individual tiers of diamonds and gems that are representation of the ingredients found on a Big Mac. The designer even goes to length to replicate the oozing sauce, but in this case, this ‘sauce’ is made up of many orange sapphires. 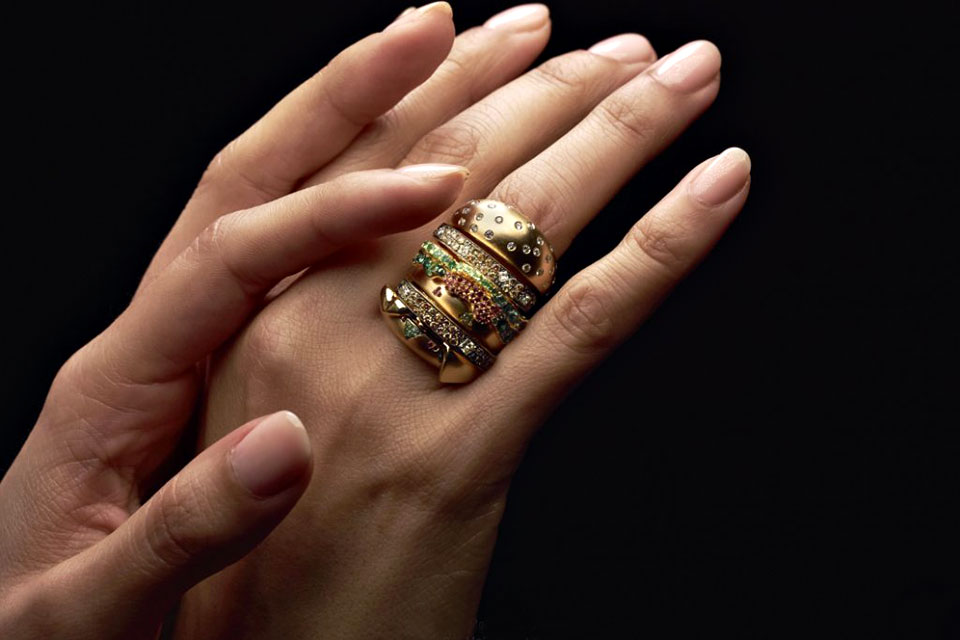 If we interpreted correctly, one lucky fan who tweeted the “best, most creative vows of Big Mac Burger love” will be the proud owner of this one ring. Don’t worry, when you finally get your hands (or finger) on one, you won’t have ditch it into a pit of burning lava. This thing has no dangerous magical power except makes you crave for Big Mac. Nah, just kidding! My precious!