If you fancy wireless charging, need a Bluetooth speaker and want information from your smartphone without touching it, then we think Glowdeck is the device made just for you. It covers your wireless charging needs – thanks to its built-in wireless Qi charger and it also takes care of your music needs with Bluetooth wireless audio streaming. It uses Bluetooth 4.0 technology, enabling audio streaming from up to 100 feet and promised “high-fidelity stereo audio” put out by a pair of speakers, backed by two 10W class D amplifier. But those are just half of the story; it also boast an embedded dynamic range microphone, allowing it to be use as a speakerphone and it plays well with voice-commands too, thus enabling a true handsfree experience. 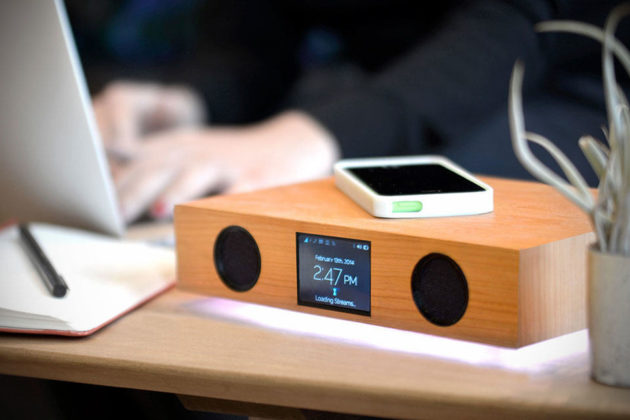 Furthermore, it supports Stream notification platform that lets you customize the alert, such as text message, breaking news, and more, to be pushed to Glowdeck’s built-in display so you don’t have to lift your phone to get a glimpse of the information that arrives to your phone. Finally, a 56-color LED light array is built into the underside of the device that aid in notifying you of incoming alerts and even beats to your music for some eye-candy while you’re immersed in your favorite audio files. Well, it certainly sounds like an evolution of a smartphone dock and we welcome it with open arms. To us, Glowdeck is not just a tech product; it represents the future that many of us has imagine it to be, though it will be good if projection or hologram, even, could be part of the display. But, still it is a good start. It’s shame that iPhone does not natively support wireless Qi.

Glowdeck was a successfully funded Kickstarter project which ended in May 2014, but it is now open for pre-order, starting at $219.99. 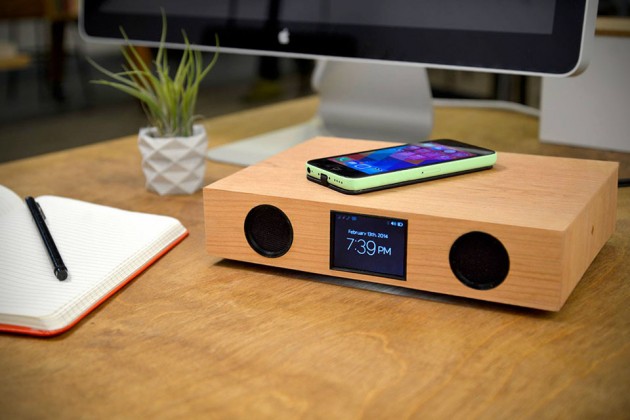 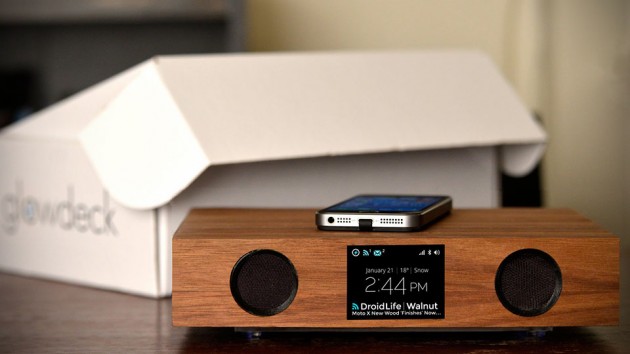 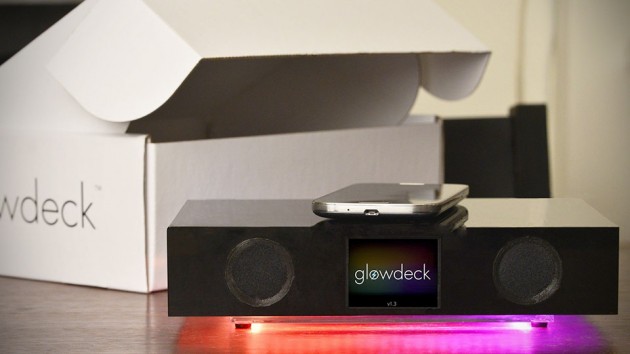