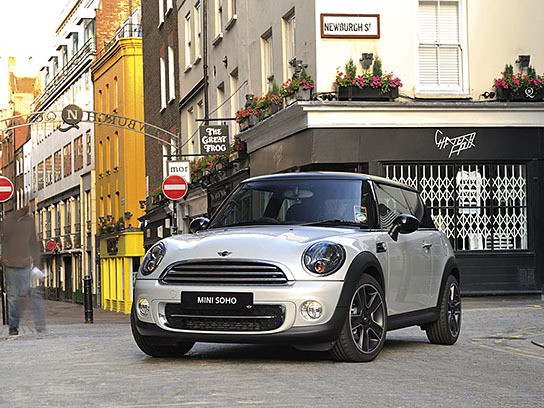 in the auto industry, MINI ranks high among the list to have the most special edition models and latest to join this rank of special models are the MINI Soho hatch and convertible. whenever there is a special edition model, we would no doubt interested in what makes the special so ‘special’. in the case of the Soho edition, the exterior will receive exclusive “white silver” metallic paint job, 17-inch Black Start Bullet alloy wheels, Bi-Xenon headlights with a black-out interior and white indicators, while the interior features Anthracite headlining, a three-spoke sport leather steering wheel and interior surfaces in ‘piano black’ hue.
[ad#Google Adsense-text-468×60]

well, that pretty much sum up what you will get for the Soho edition. the MINI Soho edition will be offered in both petrol and diesel variants, and it will be a Cooper, no less. from the look of it, it will remain as an United Kingdom-only model with a starting price of £16,765 (about US$27,526) for the Cooper Soho hatch and runs up to £20,135 (about US$33,059) for Cooper D Soho Convertible. join me for a couple more pics of the the MINI Cooper Soho edition after the break (click on image for larger view). 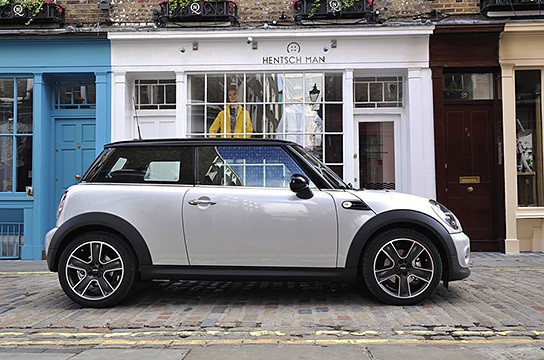 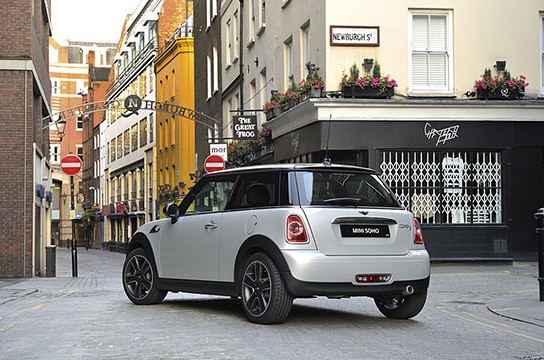