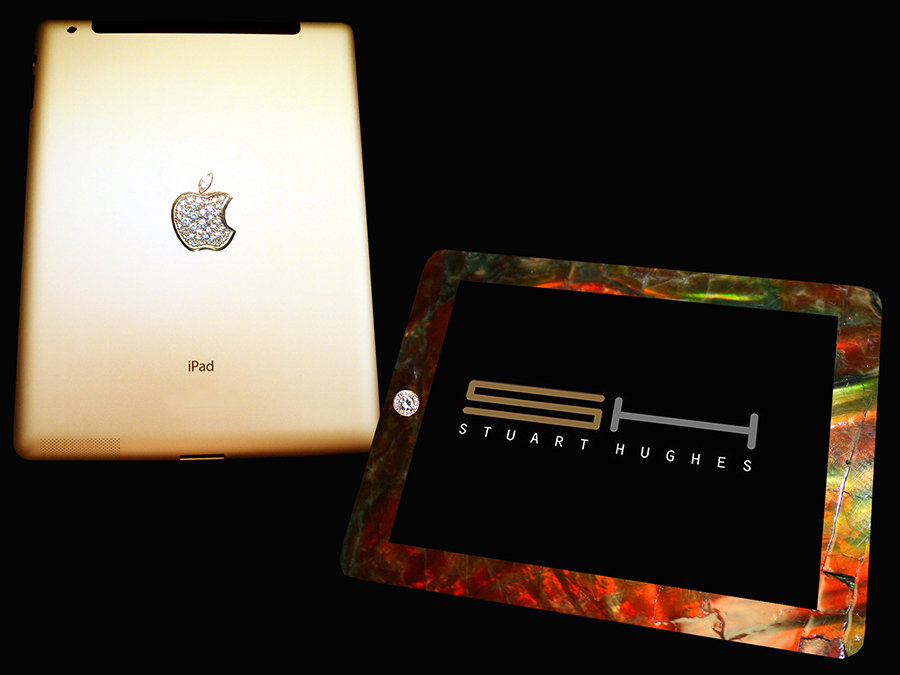 Liverpool-based Stuart Hughes, described as the pioneer of the world’s most luxurious gadgets, has been creating the ultimate in luxury for mobile devices, tablets, televisions and among the many others. this time, Stuart Hughes has outdone himself with the introduction of the world’s most expensive iPad 2 that cost a whopping £5 million (that’s about $8.12 million). so what makes this piece of gadget so luxurious?

to start with, the frame of this iPad 2 is made out of Ammolite stone sourced from Canada which is the world’s oldest rock that is well over 75 million years old. for an added exquisiteness, sections of a 65 million year old T-REX dinosaur’s thigh bone was splintered and shaved into the Ammolite frame. the back section of this gizmo is equally impressive: sitting on the 24K gold rear section are fifty-three 12.5 carats of ‘I’F’ flawless diamonds which are individually set inside a solid 24K Apple logo.

the home button is adorned with single cut 8.5 carats flawless diamonds inlaid in its own platinum surround with another 12 outer flawless diamonds. with all the real-deal luxurious materials put into it, the world’s most expensive iPad 2 would probably be the world’s heaviest iPad 2 as well. oh, did i mention that only two of this Stuart Hughes iPad 2 Gold History Edition are available? how’s that for exclusiveness? 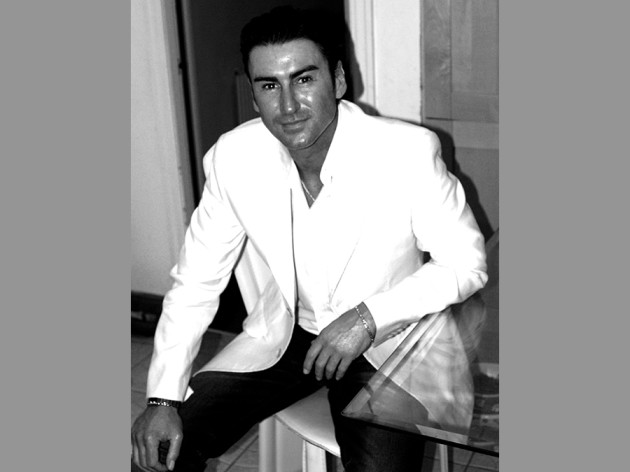