Only a handful have the privilege of stepping into space. Some chose to work for space agencies like NASA to fulfill their wish to be involved in space explorations, but really, what are the odds of you working in NASA? There’s a simpler way actually to show your love for all-thing space, though, and that is this: Mercer Amsterdam x NASA Sneakers. 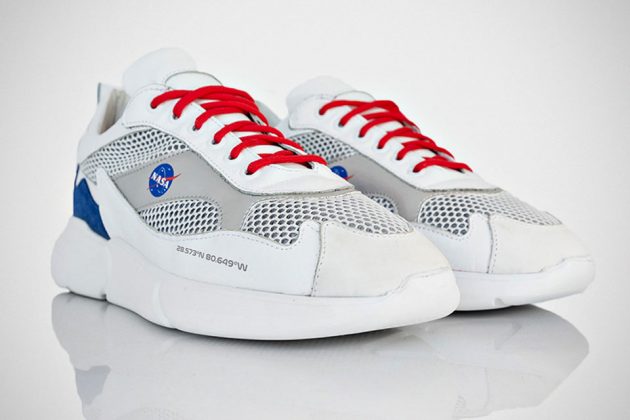 This is no Moon Boots. And it certainly is not something astronauts wear in space station, but it is surely a once-in-a-lifetime collaboration between Mercer Amsterdam and NASA. Yes. This thing is real and it can be brought with your hard earned dough. 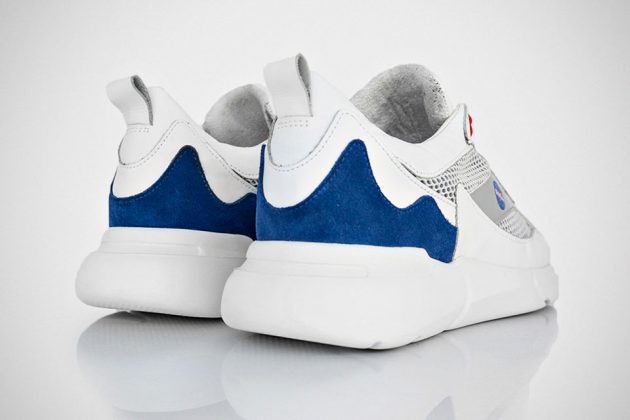 This pair of kicks drew its inspiration from Apollo 11, the rocket that brought to man to the Moon, and it features a leather upper in white and silver colorway, a blue accented heel, red laces, recognizable NASA logo on the side, and my personal favorite (and it would be for any space nut out there), a set of coordinates of the Kennedy Space Center where the Apollo 11 was launched. 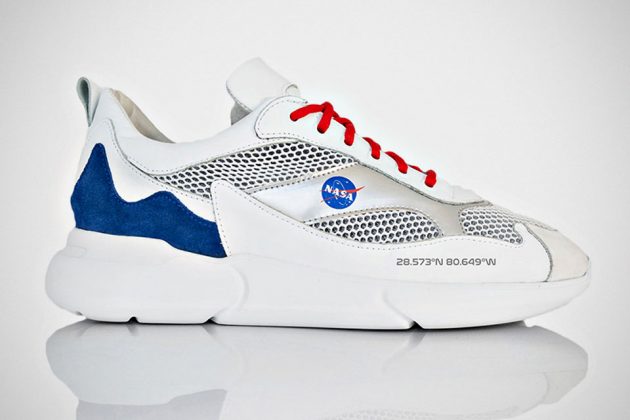 The kicks may not bear the form of Apollo 11 (that will be crazy, btw), but the design features sure makes it a significant and worthy collectible. Mercer Amsterdam x NASA Sneakers will go on sale starting September 28, available from Mercer Amsterdam’s NASA pop-up store, as well as online.

If you are eager to own a piece of history, you may want to mark down this date because, Mercer Amsterdam x NASA Sneakers is limited to just 96 pairs worldwide, and I won’t be surprised if it fly off the shelves, even if has an estimated retail sticker of $290 a pair. 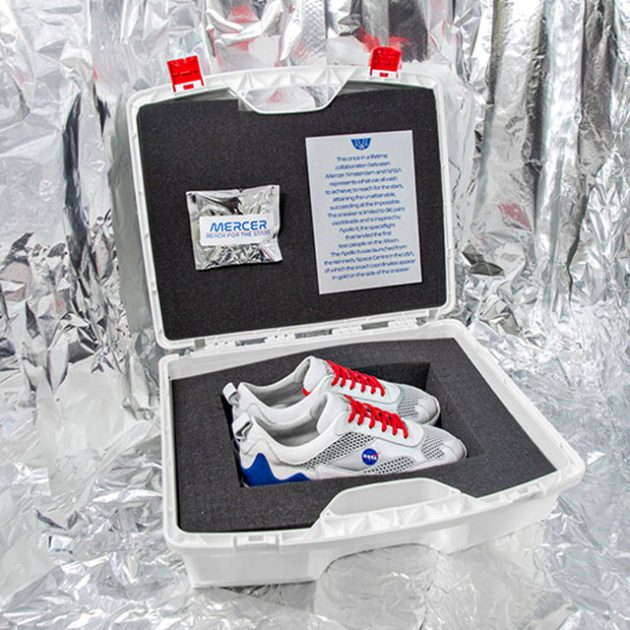 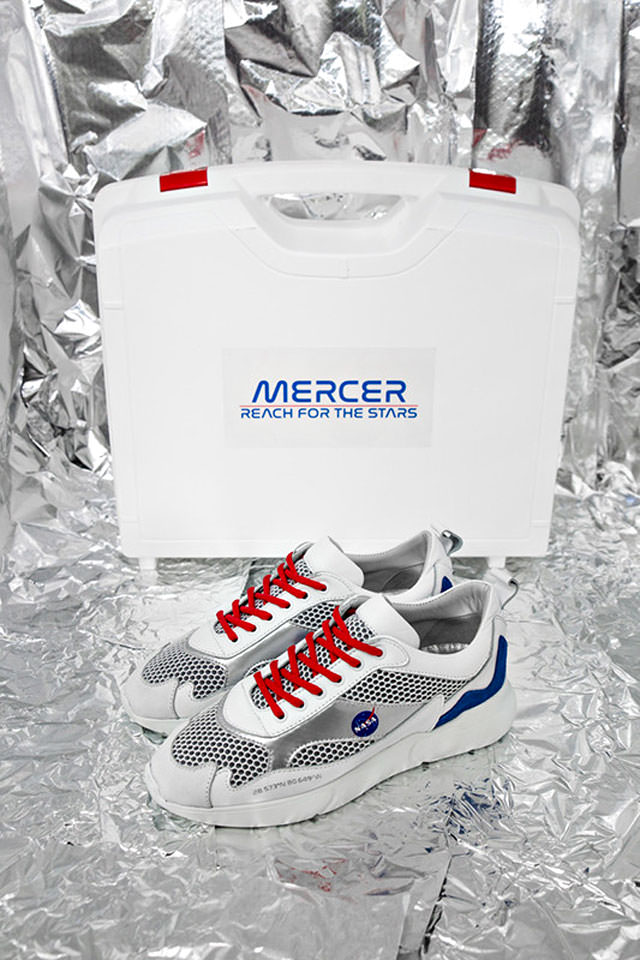