Well, what do you know? Kalashnikov, the Russian arm manufacturer best known for its AK-47 assault rifle, is not just into making electric motorcycle for the military, it apparently also has the desire to build a mecha robot. That’s right, the statue-like mecha robot, that looked suspiciously like ED-209 from 1987’s Robocop, you see here is the concept mecha in question. Not exactly the prettiest sight, TBH. It looks a little rough on the edges. 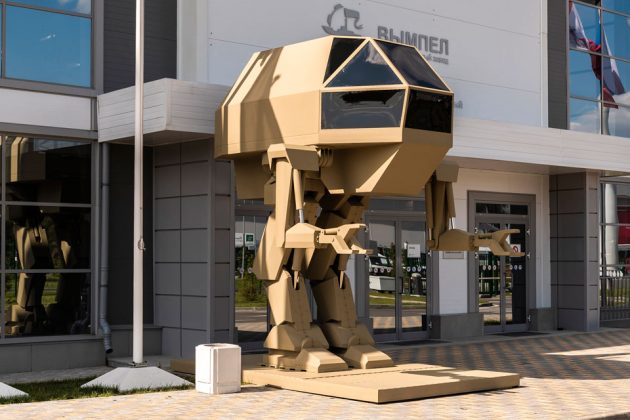 No, wait. Actually it looks like it is modeled after a real mecha but in Funko Pop style. In other words, it looks a little too cartoonish, but what the hell, it is a concept after all. Anyways, this concept goes to show how ambitious Russia is. It is probably the next most ambitious development to come out of Russia since after the gun-wielding anthropomorphous robot. But don’t be alarmed yet because, the concept appears not to be equipped with any armament. 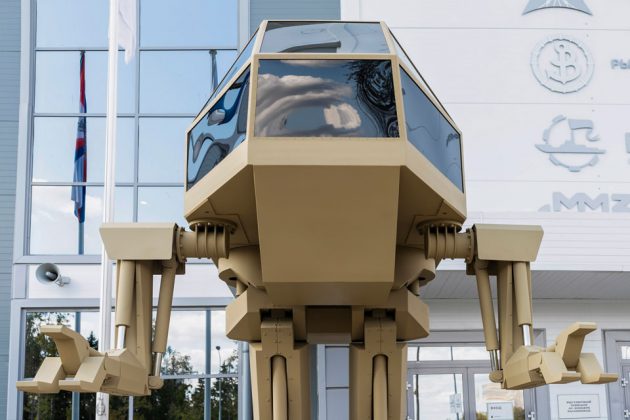 More importantly, it looks totally like a (cartoonish) statue with zero moving parts (the hydraulic cylinders could be mock ups too). I pretty sure it is just a sculpture, a representation of how the mecha will look like. Anyways, it looks like it has arms with claw of sort. Of course, it has claws. According to Kalashnikov, the purpose of this mecha robot is to help solve “engineering and combat tasks.” OK. Fine. Engineering sounds to me like loading ammunition, but “combat task”? Well, that sure sounds like ED-09 massacring a bunch of people standing in its way. Yikes.

It may appeared not to be armed in this ‘concept’, but I pretty damn sure those ‘claws’ can be replaced with mini-guns, rocket launchers and whatnot. But first, the scientists over at Kalashnikov has to get it to walk… without toppling over and obviously, it has move as fast as a moving vehicle to be have any real use in any battlefield. I’d say it will be quite a while before this thing becomes a threat to its enemies, or criminals. 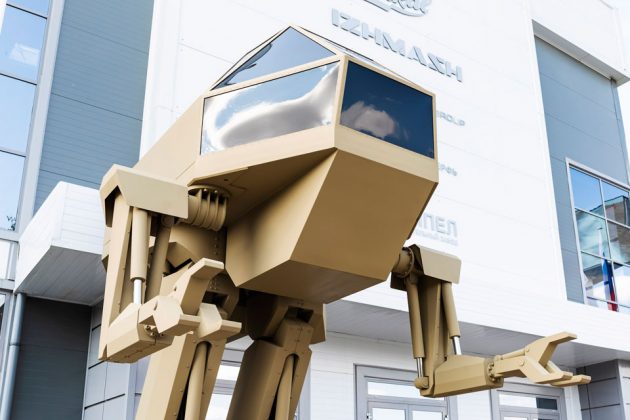