up till today, robots are simply machines that we could only describe as ‘cold’. regardless of how much artificial intelligence you put into them, they can never understand your emotion and reacts accordingly. however, that is set to change with Pepper (no relation with Tony Stark loyal assistant), a joint development between Japan mobile operator Softbank and robotic development company Aldebaran, that is staking its claim as the world’s first personal robot that can actually detect human emotions. using an array of sensors and proprietary algorithms, Pepper is able to react pro-actively, while taking the surroundings into consideration.

also built into Pepper is the latest in voice recognition technology, “superior joint technology to realize graceful gestures, and emotion recognition that analyzes expressions and voice tones.” based on expression, presumably via visual references through face recognition, and voice tones, Pepper is able to estimate emotions and possibly react accordingly. with these technologies in place, you will be able to interact with Pepper in a natural manner as you would with any other fellow humans. Pepper may not look anything like emotion-ridden Astro Boy, but it is fully capable of dishing out jokes, dance and basically, put a smile on your face. part of its “entertainment capabilities” was developed in cooperation with Yoshimoto Robotics Laboratory. 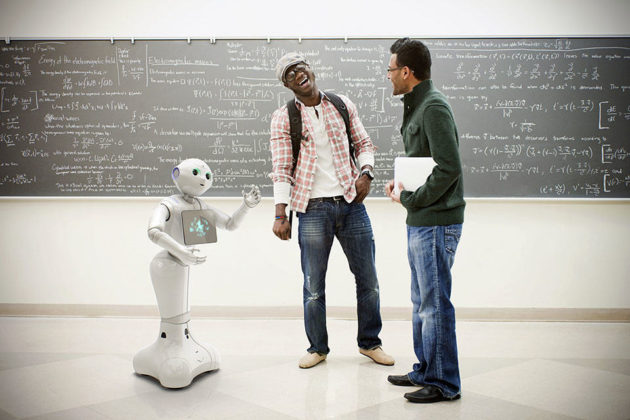 beyond that, it is also a learning robot, capable evolving as it go through the paces of daily interactions. the latter is not quite ready, but the folks at Softbank and Aldebaran hope to have this capability ready by the time of its official launch in February 2015. Pepper Personal Robot is in a sense, designed like a smartphone where a variety of applications can be created by developers using the SDK provided by Aldebaran, to add new “skills” to it, thus further expanding his capabilities. well, we just hope ‘annihilation’ is not a program it will accept and would adhered to the Three Laws of Robotics. then again, we are quite sure Pepper’s hardware have not reach the articulation necessary for such sinister acts. jokes aside, Pepper could indeed be a game changer and could see useful deployment in store fronts of shops in near future.

more technical specs will be made known at the planned Tech Festival in Tokyo in September 2014. until then, all we know about this somewhat creepy-looking little guy is it has a 12-hour continuous battery life and it has proprietary developed joints that enable it to articulate with “a high degree of freedom.” additionally, it has sensors that would help avert collisions, while auto balance technology ensure it will not topple over easily. the Pepper Personal Robot is expected to carry a base price of 198,000.00 Yen, or about US$1,930, when it becomes commercially available in February 2014.

p.s. we think the tablet-like chest is, well, a little odd. don’t you think? 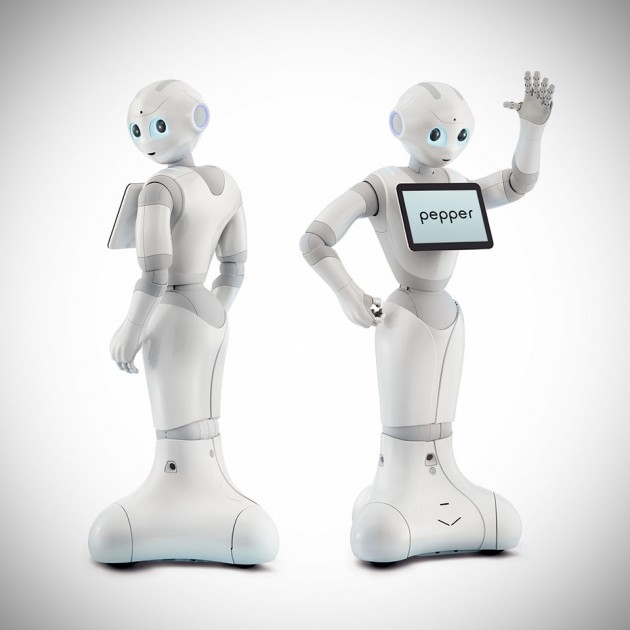