Kalashnikov Group, better known for its AK-47 assault rifle, is venturing into an entirely new military segment. The Russia’s largest arms manufacturer is making electric bikes, designed specifically for use by the Russian military and law enforcement agency. According to Kalashnikov, 50 units will be deployed by Russian Police at the 2018 World Cup. Subsequently, the bikes are expected to be used in events like parades, as well as deploying to part and nature reserve such as VDNKh, Tsaritsyno and Poklonnaya Hill. Not a lot is known about this recently announced surprise product from the company who is synonymous with guns. 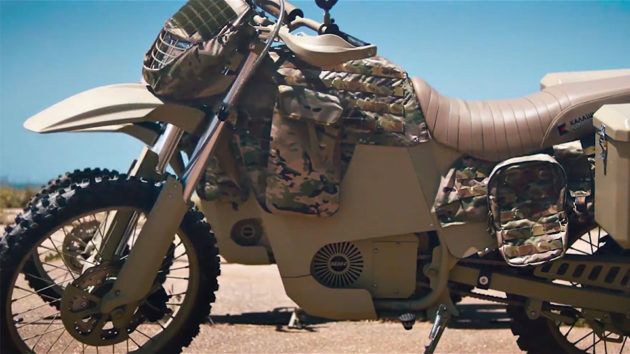 The electric bikes of unknown name and model are being manufactured by Kalashnikov’s subsidiary, IZH. Official words indicated that the electric two-wheeler will have a range of 150 kilometers (around 93 miles) on a single full charge and it has a modest 15 kW (20 HP) peak power. Beyond that and an introduction video, where a bandana-wearing “cool dude” was seen hopping on the military version of the vehicle and putting it through its paces, little is known about the specifications. From the looks of it, it is designed with off-road in mind and so, we not sure why would the same blueprint be used on a cop bike. 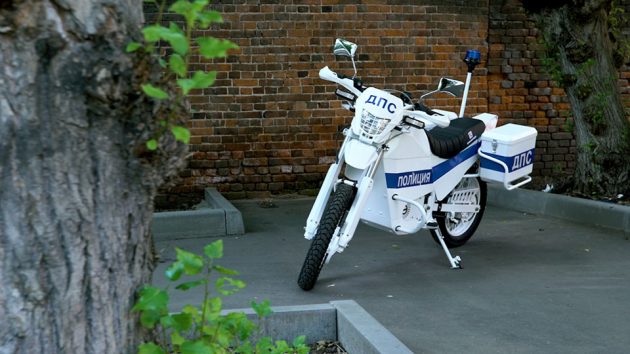 Perhaps, the Russians were expecting off-road patrols? Surely with 15 kW, car chase is out of question, let alone doing over undulating, unforgiving terrains. I don’t know. I could be wrong. Anywho, in case you are not aware, Kalashnikov also builds boats too. Yep. This Russian company has sure grown, like a lot. It has certainly overshadowed its Hollywood movies’ stereotype depiction that were solely based of the company’s iconic AK-47. 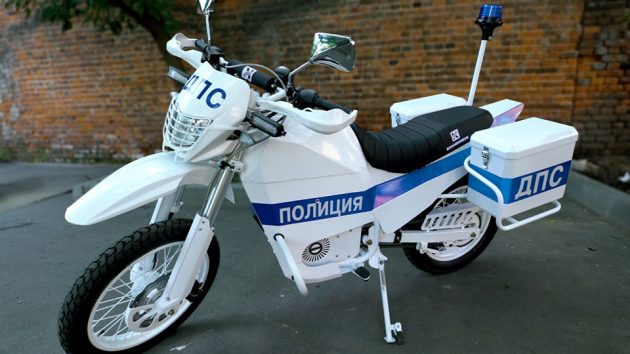