MG may be Chinese-owned now, but it is still a name synonymous with British motorsports and it is a good thing that its new Chinese owner, SAIC, is aware of its rich motorsport heritage by continuing MG’s involvement in touring car championship. for MG fanatics, if there are still any, catching MG races is one thing, but to own one race-bred example is no doubt more satisfying and to the automaker, there is nothing like capturing the hearts of young car buyers with a tuned up version of its entry-level MG3 compact hatch, dubbed the MG3 Trophy Championship Concept. MG can’t wait to please and therefore it is not about to put on some cosmetics on the MG3 and be done with it. instead, it has massaged the MG3’s 1.5-liter four-cylinder VTi engine to produce a GTI-status 204 horses and 192 lb-ft (260 Nm) of torque. 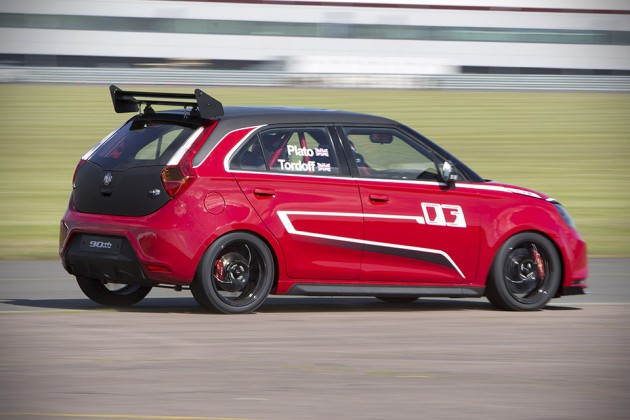 along with the increase in power output and torque, you will also find handling improvements by the way of limited-slip differential, a fully adjustable suspension with bespoke anti-roll bar and functional go-fast bits like adjustable front splitter and twin plain adjustable rear spoilers, and a full body shell that has been put through a weight optimization program. basically, that’s all that’s all we know for now. according to MG, the MG3 Trophy Championship Concept was “created to highlight in house engineering, design and calibration capabilities at SMTC UK in Longbridge”, which loosely translates to “hey, we still had it!” and it is also a hint that you might not be seeing this on the road anytime soon. the MG has officially took the wrap off the MG3 Trophy Championship Concept over the weekend at MG90 event with the aim of gauging the potential demand for an MG Trophy race vehicle. if you were to ask me, if it is produced in the U.K., then we’d say “why the heck not?” 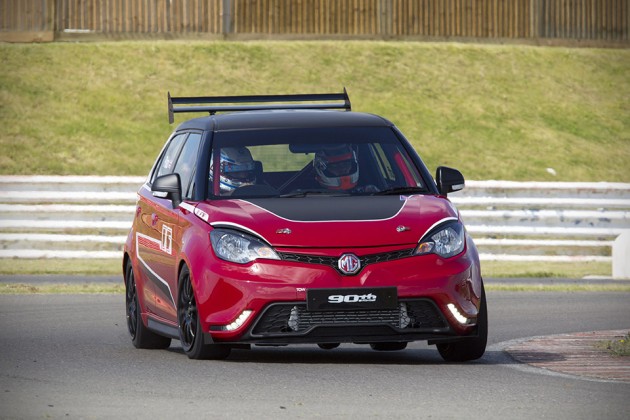 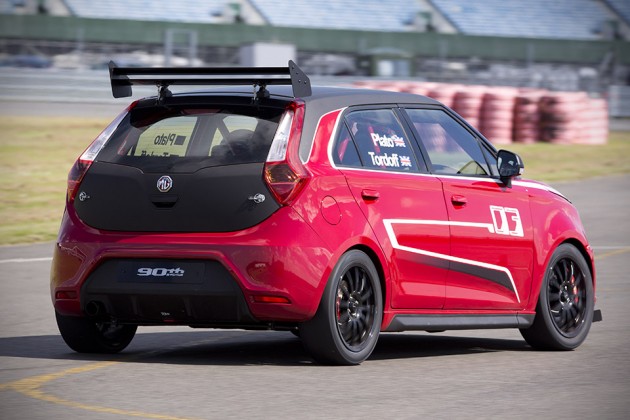