the AM General Humvee is perfect example of a serious workhorse that looks as good as it performs. it has proven itself time and time again, but when the next-gen Humvee fails to realize, Israel Military Industries decides to cook up its own and boy does it look pretty bad-ass. dubbed the Combat Guard AFV or Armor Fighting Vehicle, this Israeli developed armored transporter looks like a mash up of a rock crawler and a post-apocalyptic vehicle with its armored skin – there are ‘holes’ on the armor, presumably designed for additional add-on armor plates. it stands pretty tall, thus allowing equipped soldiers ease of ingress and egress and has the brute power to pull away from any potential threats or reach its target destination in double quick time. 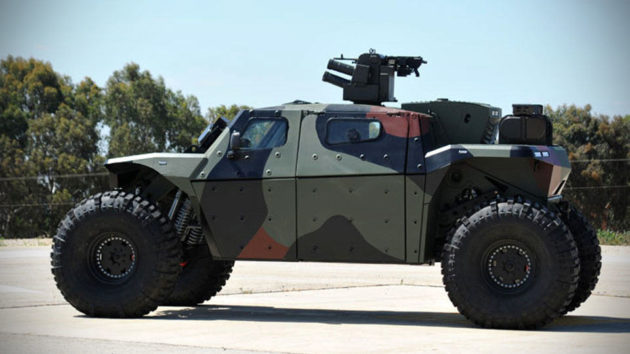 powered by a General Motors Diesel engine that pumps out a good 300 horsepower, delivered to all four wheels (naturally), the Combat Guard AFV is fully armored to keep its occupants safe from the onslaught of small arms fire, landmines, as well as IEDs (improvised explosive device). it is said that it can haul up to eight soldiers “in relative comfort”, though it does not detail if those are fully-equipped soldiers in full battle order or mere skeleton battle order. passive protection aside, it also features an active protection known as Bright Arrow, which is basically an electronic countermeasures system designed to deflect or destroy guided weapons targeted at the Combat Guard. even with the weight of the armor, the Combat Guard AFV is well capable of zipping to a top speed of 95 mph on open roads and up to 75 mph off-road terrains.

NOW READ  ATLIS XT Electric Pickup Truck: A New Way Of Buying An EV Or Any Vehicle For That Matter 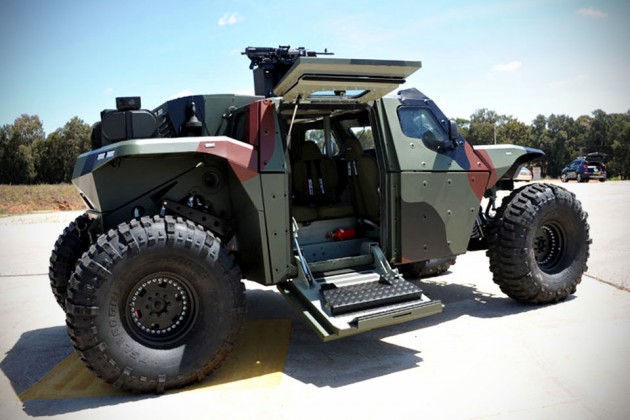 beyond the grunt, its elevated suspension setup allows it to transverse across undulating landscape and can cross rivers as deep as five feet, plus it easily shrug off up 70 degree of slope and ‘scale’ a 30-inch vertical wall. considering its high-CG, those are nothing less than amazing feats (well, maybe not the last one). since it is from IMI, chances are you won’t be seeing a civilian version like the Humvee. what a bummer. scroll down for a video of the beast in action.

via Defense Update via DVICE