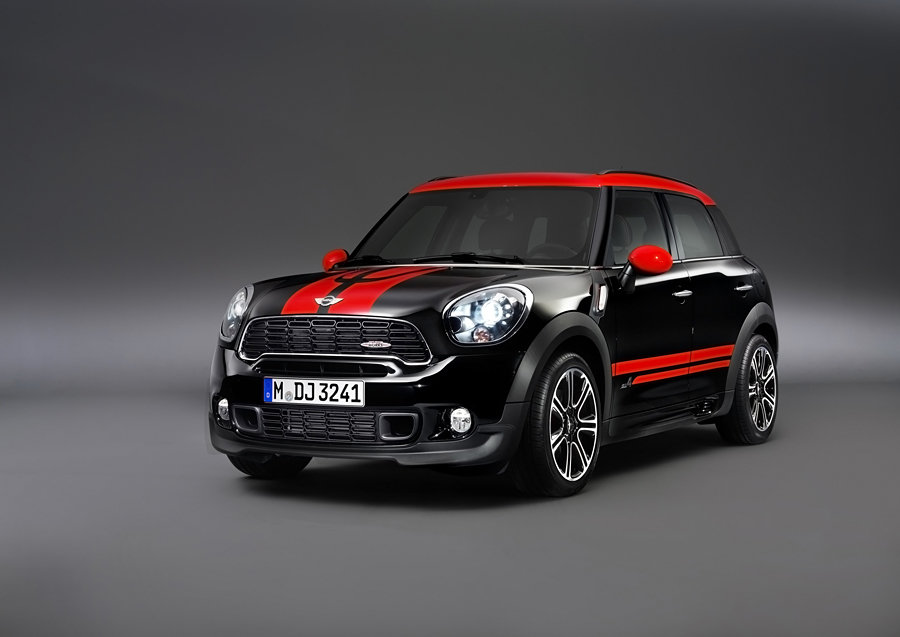 we dubbed the MINI Countryman as the first practical MINI but it did not enjoy the famed John Cooper Works treatment until now. billed as the “an extremely sporty version of the first five-door MINI with four or five seats”, the MINI John Cooper Works Countryman is equipped with a newly developed 1.6-liter 4-cylinder engine with twin scroll turbocharged that delivers a healthy 218 horsepower (160 kW) and 280 Nm (206 lb-ft) of torque. the latter can be temporarily upped to 300 Nm (221 lb-ft) with its overboost function. the JCW (as it is commonly known as) Countryman scores two firsts for MINI: it is the first JCW model with an all-wheel drive system ALL4 and it the first JCW mode to sport an automatic transmission. all told, this latest addition to MINI JCW family is capable of nought to 100 km/h (62 mph) in just 7.0-second. other features expected include aerokit, 18-inch light alloy wheels, sports chassis including lower ride height, a sports exhaust system with chrome tailpipe, and exclusive exterior and interior design features. the MINI John Cooper Works Countryman made its world premier at the Geneva Motor Show in March and has now made its way to the New York International Auto Show 2012. speaking of which, it is worthy to note that the MINI John Cooper Works Countryman destined for the US market will sport a 208 horsepower engine for some reasons that’s beyond us. boost yourself past the jump for a gallery of this five-door pocket rocket.