Before Apple’s patented eyewear-style VR headset becomes a reality, VR headsets will remain as the cumbersome device you have come to know, but not if Swedish startup Mobile VR Sweden can help it. Mobile VR Sweden has developed a VR Headset called Moggles that not only works with any smartphone of up to 6.0-inch, but it is also super low in profile, coming in at mere 50 mm (a little under 2 inches). Of course, a VR headset that is of this ridiculously thin form won’t work due to the minimum distance between the optics and the wearer’s eyes; and so, Mobile VR Sweden worked on the obvious: by making the VR headset collapsible so that it fits into your pocket (albeit probably a fairly large pocket). So yea, 50 mm is in fact the folded state thickness.

50 mm may not be an astounding thinness, but that is all that matters when you ever wish to bring your VR headset along when you hit the road. While Moggles is folded down to a thin hard case, it also keep the lenses protected and when it opens up, it offers precise optics, a comfortable fit, and no light leaks or whatsoever that would compromised your VR experience. It also promised to maintain the IPD settings too – just in case you are wondering if all the folding and unfolding will ever mess it up. Other notables include large 35 mm optics, removable face foam, removable hatch to reveal smartphone camera for augmented reality applications, and of course, compatiblity with all smartphone makes and models so long they are no larger than 6 inches.

Amazingly, despite its thin folded form, Moggles still have room for storing accessories like the hand controller and even earphones, thus making it a truly compete on-the-go VR headset. If you can’t get enough of VR content, you should really sniff out Moggles. In case you are keen, Moggles VR Headset can be acquired on the product website for €55.20 (around US$64). The controller is sold separately for just 8 euros (about US$9). More product looks after the jump. 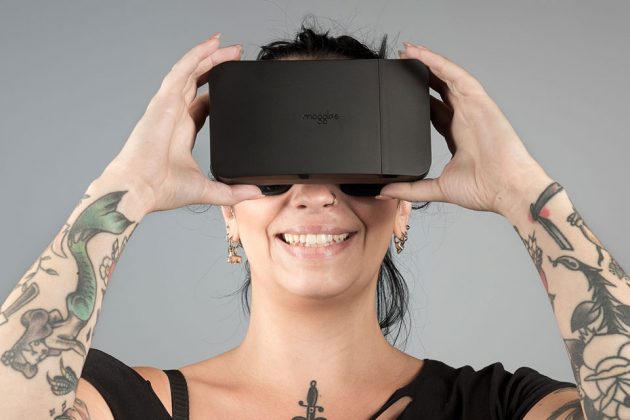 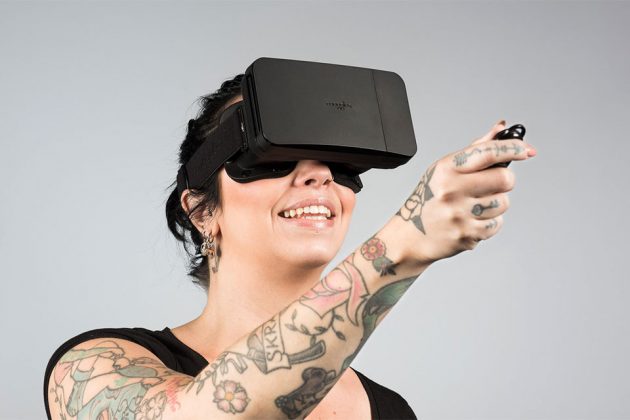 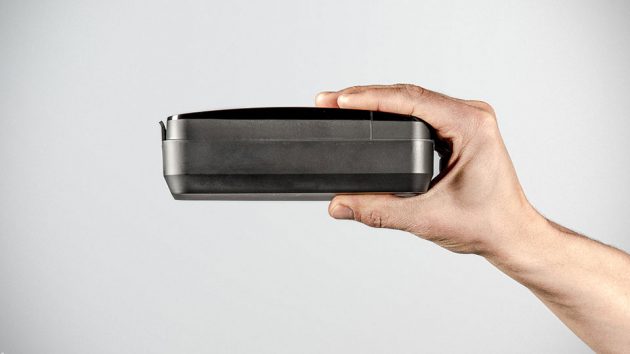 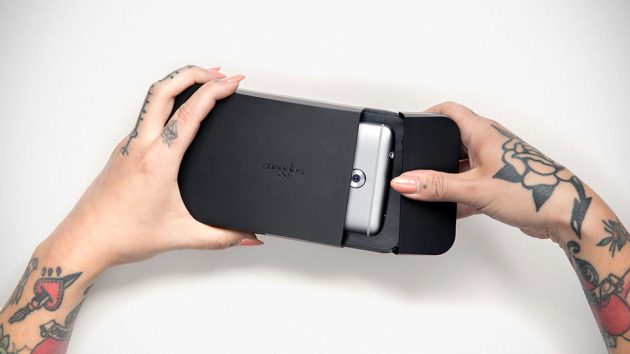 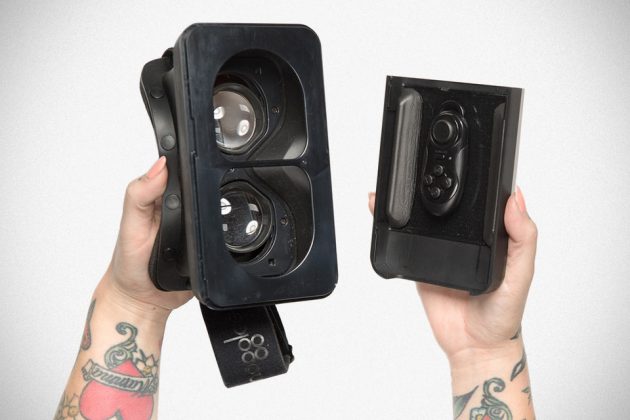