I may not have met a lot of kids, but for the handful I have actually talked to, not one was into two-wheelers, except for bicycles. Hell. Even three-wheel skate scooter is more well received. For some reasons, little kids, boys and girls alike, are more enthused about cars. Maybe because kiddie rides are mostly took the form of cars. There are even sit-on toy horses with four wheels, which pretty much says a lot about the popularity of four wheelers. But if you love bikes and want to share your passion with junior, then Moto Rocker is exactly what you should get. 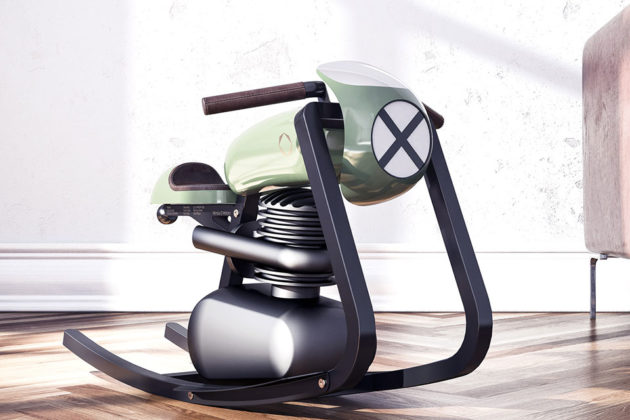 I don’t even need tell you why. If you love motorcycles, one look at this, you’d wish for two things: one, you will wish you were age one and a half to four and not more than 50 kilos (110 lbs), which is the ages this racer rocker is designed for, and two, if you were a kid, you’d wish you parents are reasonably well-off and treat you like a prince because, this thing here will run you back at a cool €1,295. Holy mother of… that’s like nearly 1,600 American dollars! Oh, wow. That’s kind of over the top for a rocker, isn’t it? You know what? It is safe to say no parents in the right mind will acquire this. 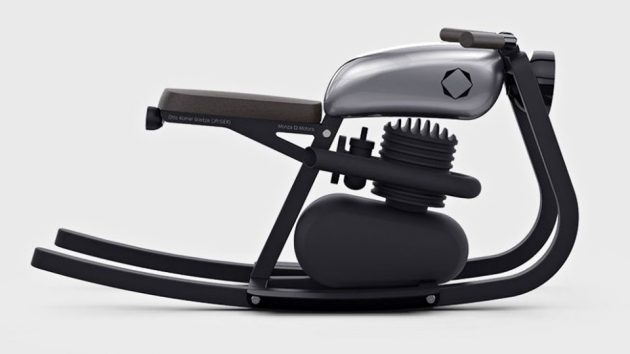 You are better off distracting your kids with an iPad for that much money. At least, he/she won’t bother you in the garage as you are working on your cafe racer with “daddy, daddy, look!” “Daddy, daddy, look!” OK. I am a bad parent. Maybe that’s why I am not one. Anyways, lets get on with the ‘specs’ shall we? The Moto Rocker borrowed details of an actual motorcycle with the aim of mimicking the true feeling of riding. It even has a “motor” and a handmade real leather saddle. It is “powered by” a one-cylinder 125ccm (note: not a typo!) engine, a headlight and a taillight.

NOW READ  Teracube, The Phone That Wants To Last At Least 4 Years, Now Has A Smartphone For Kids

No turn signals though. Apparently, the only way this is going is, well, on-the-spot. The faux fuel tank color is customizable and each rider will get his/her name engraved on the frame bracket, along with the serial number and version details. Exquisite! But really, those are kind of expected for a “ride” that commands $1,600, is it not? Have a few more looks after the break. 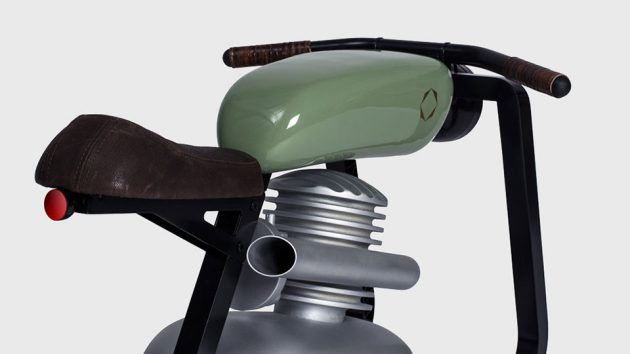 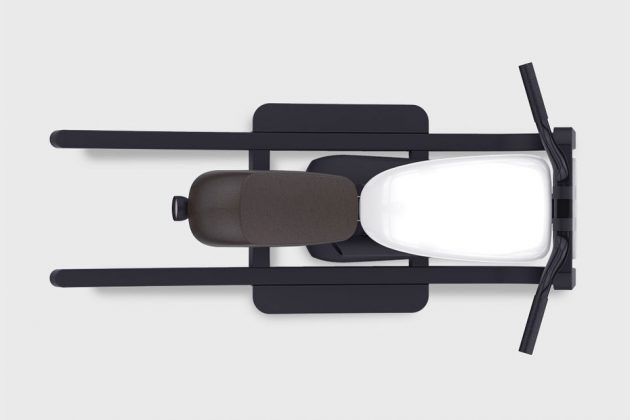 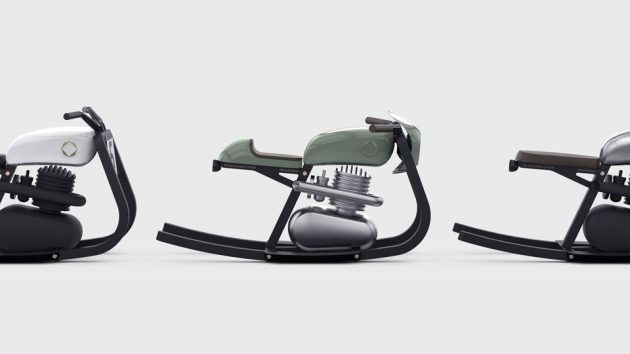