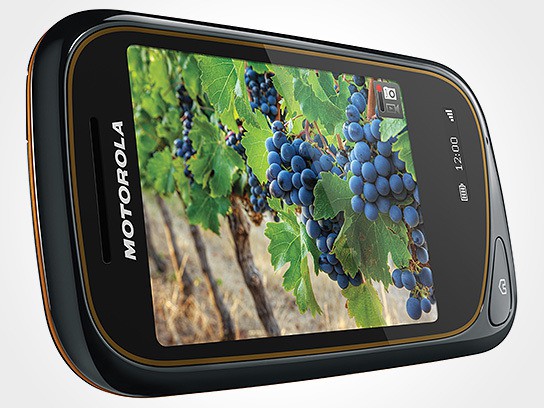 yesterday, Motorola announced a new “fun, social touch screen phone” dubbed the Wilder. this compact GSM dual-band phone sports a 2.8-inch QVGA resistive touchscreen display and is social network-ready with integration with popular social network sites like Facebook, Myspace, Twitter and YouTube. i have little doubt that this phone is targeted at youth or even teenagers where partying and socializing takes center-stage of their life, hence the social network integrations and most importantly, splash and dust resistant features. perfect for any crazy party and active lifestyle closely associated with today’s teenagers and youths.
[ad#Google Adsense-text-468×60]

it has a meagre 5MB built-in memory which is expandable up to 32GB. on the multimedia department, it has (very) modest 2 megapixel camera that is also capable of video recording. however, at 15 frames per second (fps), the quality would be just basic as far as video recording and playback are concerned. it also has built-in FM radio and MP3 player that accepts major formats such as MP3, AAC+, WAV, Midi et cetera. the rest of the phone is pretty much standard in today’s context, that includes support for web browsing, SMS, MMS and email. the phone is equipped with Bluetooth-enabled that allows for wireless music streaming to compatible devices and answer calls via Bluetooth headset.

the Wilder is packed with 910 mAh battery that is good for up to 575 minutes of talk time and up to 255 hours of standby time. there’s no mention of any operating system, which i suspect that the Wilder is running on Motorola’s own proprietary system. that said, i suppose that would make this phone a touchscreen mobile phone. the Motorola Wilder will be available this July with a retail price of £49.95 (about US$82). no word on whether this phone will be available globally. a short clip of the Wilder after the break. 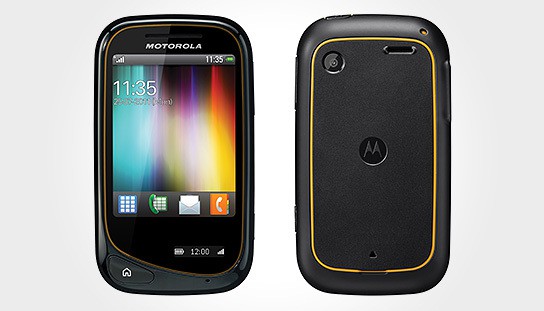