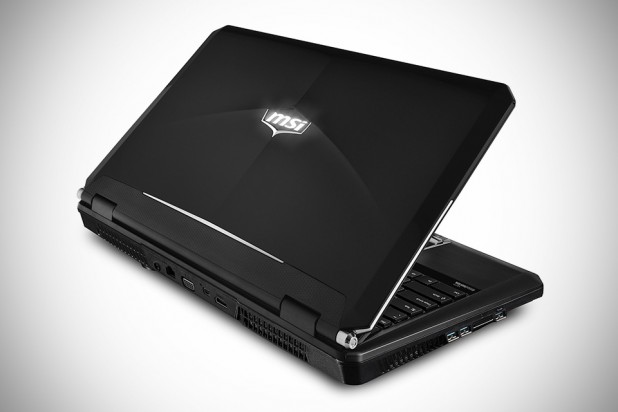 Intel processors are virtually in every gadgets that we use but as a serious geeky gamers, you probably yearning for a change. if so, a portable gaming rig with a AMD flavor such as the new MSI GX60 Gaming Laptop could be worthy of your consideration. powered by AMD Trinity A10 Quad Core processor up to 3.2GHz and runs off Windows 8 64-bit, the GX60 features a full HD capable 15.6-inch non reflective display with 1,920 x 1,080 resolution, 8GB of RAM, AMD Radeon HD 7970M graphics with 2GB VRAM, 750GB 7,200RPM hard drive, Blu-ray disc drive, Killer Gaming Network, a pair of THX speakers with one subwoofer, AMD’s Eyefinity (a stereoscopic 3D technology) that allows you to run multiple independent display outputs simultaneously, Steel Series gaming keyboard, multitouch trackpad, a HD 720p webcam and MSI’s TDE (GPU overclocking) Cooler Boost Technology for one-touch performance boost. along with those, you will get the usual condiments of connectivities and I/Os including WiFi (802.11 b/g/n), a 5-in-1 card reader, an audio jack, a trio of USB 3.0 ports with one USB 2.0 port, as well as HDMI 1.4 / mini Display Port. all the aforementioned packed into a pretty package, albeit with quite a heft at 7.7 lbs (3.5 kg), in a mandatory gamers’ black hue and for a starting price from under $1,300 a pop.