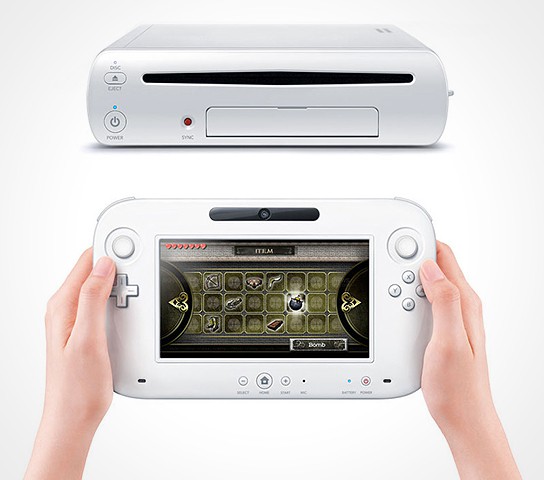 Nintendo steals the show in this year’s E3 Expo with its next generation Wii console, dubbed the Wii U. it has made waves when it first introduced the original Wii console despite its resolution being less than ‘idea’ and now the new Wii U is set to make waves in the gaming industry once again. one of the most notable improvement over the original Wii is its full HD 1080p video capability, which is long overdue. finally, we will have a opportunity to see Mario in its hi-res glory as opposed to the now almost-pixelated form.
[ad#Google Adsense-text-468×60]

another couple of noteworthy improvement is the inclusion of internal flash memory that’s expandable via SD card and external USB hard drives. the new Wii U boost an all new controller that look somewhat like a tablet with its glorious 6.2-inch touchscreen. the controller features two analog sticks, a couple of shoulder buttons and a pair of triggers but that’s not all. the tablet-like controller also sports a front-facing camera and has built-in gyroscope and accelerometer. the coolest feature perhaps is its ability to play all your games directly on your Wii U controller when the TV is not on or somebody is using it and for the latter, it is a continuous process. meaning that it can be done even when you are in the middle of the game. how cool is that? i say, super cool! check out a couple of short clips on the Wii U controller after the break. trust me, you won’t want to miss them. (note: if the videos aren’t showing, please refresh your page)

the Wii U is set to launch in year 2012 which is quite a wait for gamers. that said, it begs the question: will gamers (me included) wait for it while (possibly) being assaulted new developments from Microsoft and Sony? you know, we all heard that Sony Playstation 4 is already in the works and we also heard some news about the new-generation Xbox. then again, if the price point is just about right, it won’t stop avid gamers like me from having more than one consoles. don’t you think so?