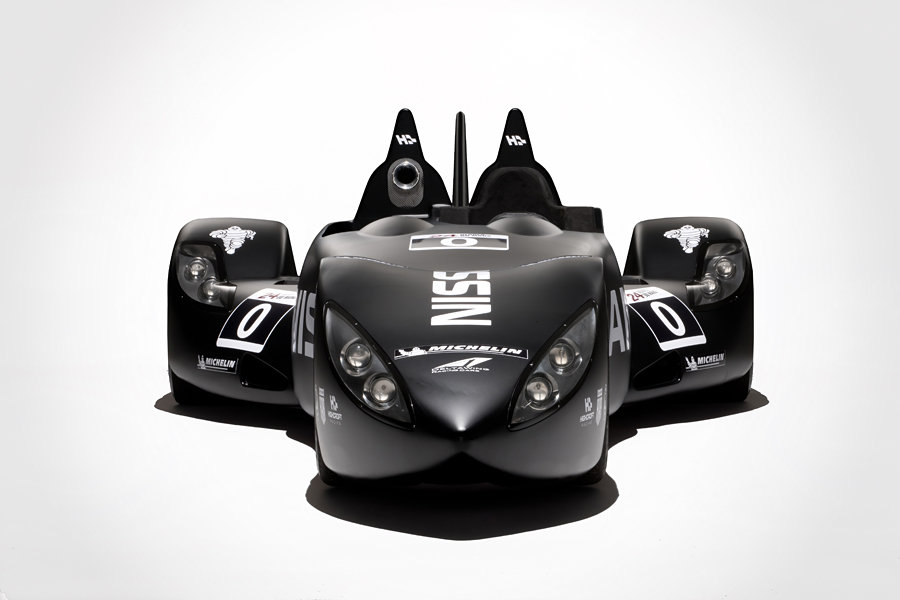 race cars hasn’t changed much over last two decades or so. the performance may be up but they remain largely the same within their individual category. however, Nissan has set its sight to change this with its Nissan DeltaWing experimental race car – a car that might look like it was made for land speed record with its narrow long front end. of course, it isn’t. powered by a race prep 1.6-Liter DIG-T (Direct Injection Gasoline – Turbocharged), the oddly sleek looking (by today’s standard) DeltaWing is expected to make some 300 horsepower. it will make its maiden race at this year’s Le Mans 24 hours race, though it will not be classified. it will be used to showcase the automaker’s pioneering technology that will point to a potential direction of motorsport of the future and also its technologies will eventually trickle down to future Nissan road car product range. though with only half the power of a full fledge LM machine, the DeltaWing’s lightweight and reduced aerodynamic drag are expected to enable it to achieve lap times between LMP1 and LMP2 machines. the first two Nissan DeltaWing will be piloted by British sports car racer Marino Franchitti and Nissan’s reigning FIA GT1 world champion Michael Krumm. it will make its first public demo laps at Sebring, Florida at 12.30pm local time on Thursday, March 15. hit the jump for some awesome images of this race car of the future.