Selling trucks is pretty much like selling cars. You soup one up to show the world the particular potential. More than often than not, that strategy gets you the customers (like me). Such is what Nissan has done. It has pimped up a Titan just as the Titan XD is about to hit the market and it is calling this beauty the TITAN Warrior Concept. Unveiled at the Detroit Motor Show (aka North American International Auto Show), citing it has taken the Titan XD’s production design to “new extremes with unapologetic, aggressive, athletic styling features that declare the concept’s off-road adventure intent and Nissan’s optimism for the truck market.” 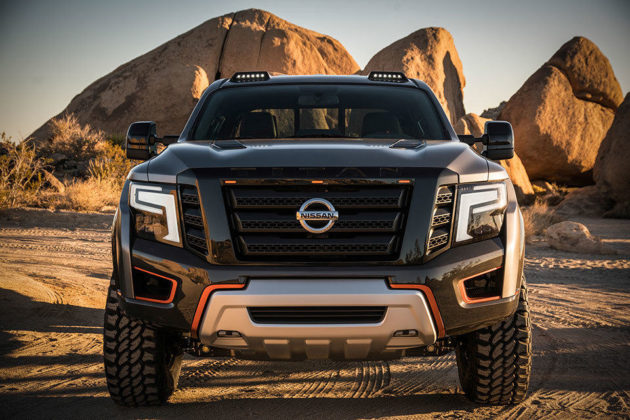 Well, what can we say? Judging from the product images, the TITAN Warrior Concept certainly achieved what it set out to do. It shares the same power plant as the Titan XD, which is a Cummins 5.0L V8 Turbo Diesel, paired to a six-speed Aisin automatic transmission and rides on a new suspension setup with off-road intents, plus a set of big, fat 37-inch tall off-road tires on custom 18-9.5-inch aluminum alloy wheels. The TITAN Warrior Concept also gets a slew of other performance upgrade to handle extreme levels of adventure. 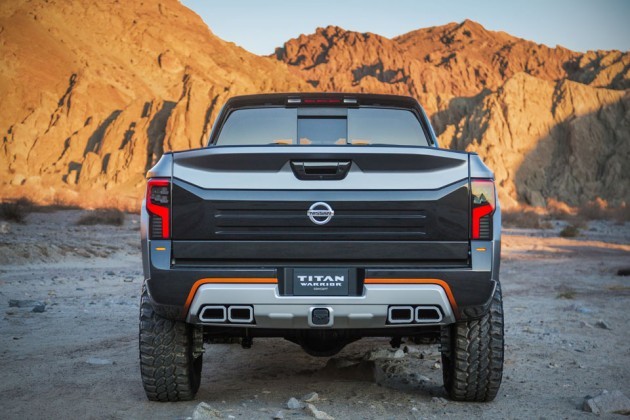 Visually, it is a sight to behold (well, in truck’s context, that is); its imposing stance is a side effect of a wider width and a taller ride height (3 inches taller and 6 inches wider), while the athletic and muscle appearance are attributed by the flared fenders, sculpted hood and large powerful front bumper. Other exterior details include custom LED lights, “T” logo LED tail lights, quad-tipped exhaust system integrated into the rear bumper, carbon fiber rear cab and tailgate spoilers, integrated roof-mounted LED off-road lights, and custom matte-gunmetal paint with Magma orange accents and black highlights.

NOW READ  Polestar Precept Concept Electric Vehicle: It is All About A Sustainable Interior And Clever Tech

On the inside, it looks more like a car then a truck and somewhat futuristic too, with orange accented carbon-colored seat fabric, custom-built steering wheel, integrated hot-and-cold drink containers in the center console, robust auxiliary toggle switches found at the center stack, and instrument panel-mounted auxiliary gauges. 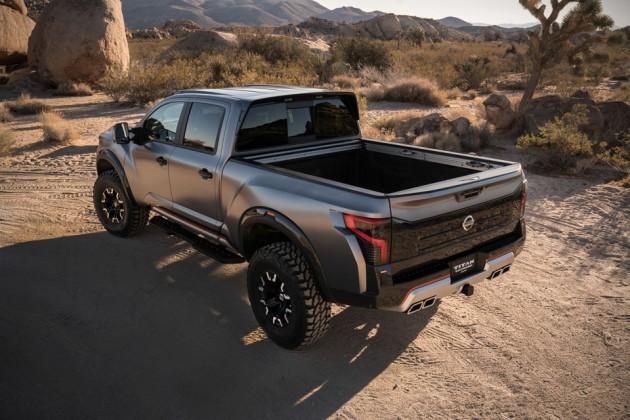 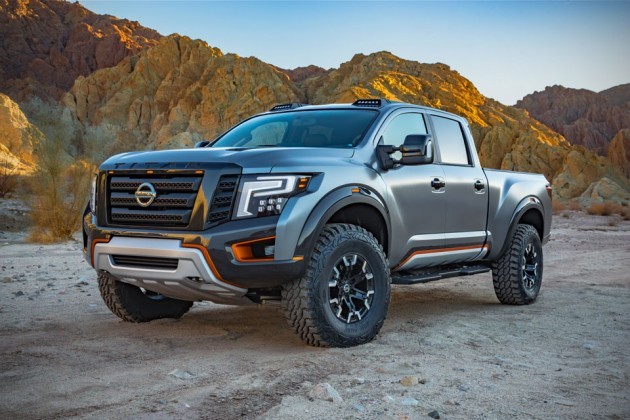 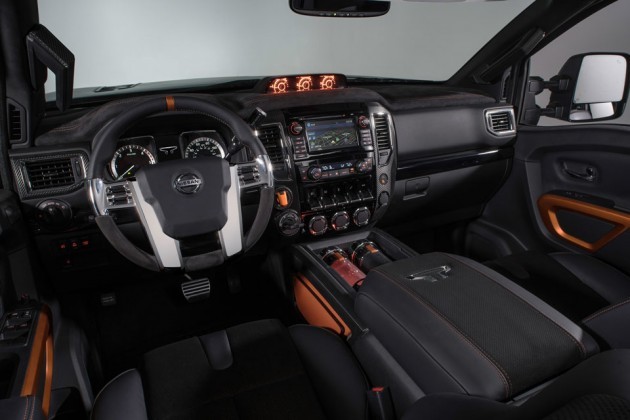 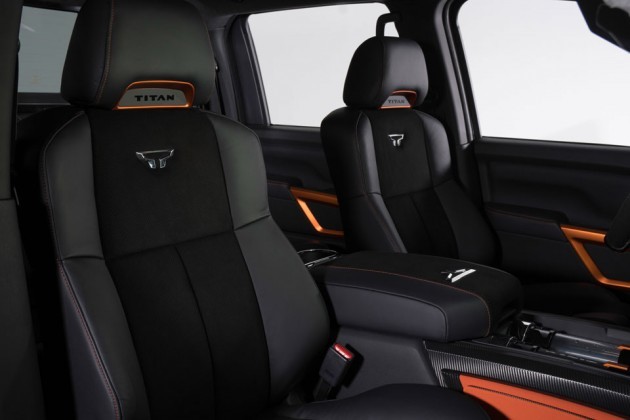