Another year, another graphics card breakthrough by one of the world’s biggest graphics card maker, NVIDIA. NVIDIA has just announced the RTX line and in it is this: the NVIDIA GeForce RTX 2080 Ti Graphics Card, the fastest GeForce and company’s fastest GPU to date. Featuring NVIDIA Turing GPU architecture, this newest flagship graphics card features 11 GB of GDDR6 memory, offering you up to 6x the performance over the previous generation graphics cards. 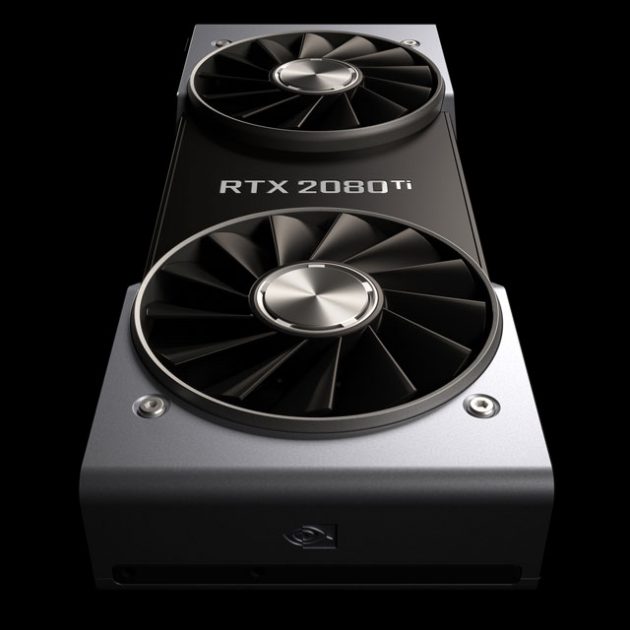 On top of that, it brings along with it the power of real-time ray tracing and AI enhanced graphics to the games. It has 4,352 NVIDIA CUDA cores with clock speeds of 1.35-1.545 GHz and thanks to the GDDR6 VRAM, it now has a higher memory bandwidth coming in at 616 Gbps. But I think the real draw here is the crazy details it will afford in gaming by the way of a thing called real-time ray tracing. RTX ray tracing will allow, for example, fiery blast to be reflected across every object in a scene, including the side of the car, water on the ground, and even the eyes of a person. 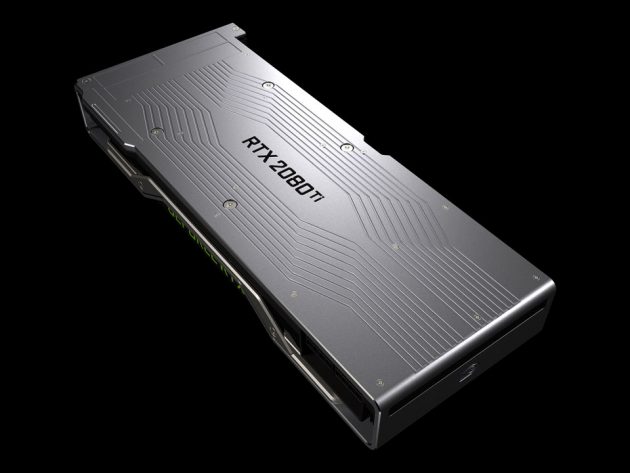 Plus, this being 2018, Turing cards is obviously beyond 4K. It is totally 8K capable. As with the monster graphics card from last year, the NVIDIA GeForce RTX 2080 Ti Graphics Card is also offered first with a “Founders Edition” that, while sharing the same base clock speed, can be overclocked to 1.635 GHz. The rest of the specs between the “Founders Edition” and the regular edition are pretty much the same, including support for VR, SLI-ready, 7,680 x 4,320 resolution – just to name a few. 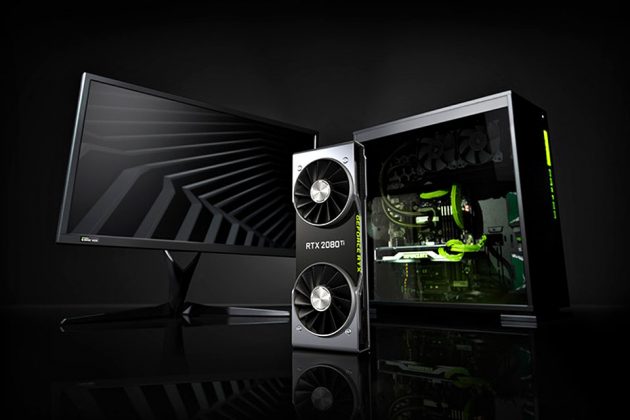 Obviously, with so much graphics power; the RTX 2080 Ti is more than just about gaming, and given its asking price for $1,199, you’d be a professional gamer to be wanting this to be in your system. Speaking of which, NVIDIA is accepting pre-order for the “Founders Edition” in exchange for the aforementioned sum. Shipping is expected to happen starting September 20, 2018.

As for the standard edition, it will hit the market at a later date, going at a more affordable $999. If you are not looking for the range toppers, you may want to hold out for other 20-series cards which starts at a less bank-breaking $499.

Here’s, have a look at the NVIDIA GeForce RTX product video:

And here’s a couple of video showing off the real-time ray tracing tech: