A full-fledge mirror-less camera takes awesome stills and videos, while a smartphone, though does not perform as well as a dedicated imaging device, boasts pretty decent image editing power and instant sharing features. The Olympus AIR A01 Camera introduced late last month sits between the two. Similar to Sony’s QX Lens Camera, instead of having its a camera body, the AIR is designed to function with smartphones to afford your handset to capture amazing DSLR quality images and also lens interchangeability. It offers you control, including exposure, white balance, ISO speed, and modes of shoot (P, A, S and M), just like an actual Micro Four Thirds camera. The only difference being, settings are done via your handset’s display. 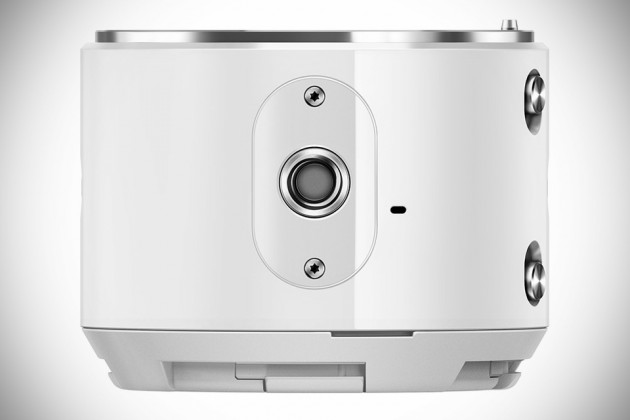 Other spec-sheet highlights include a 16MP Live MOS sensor, TruePic VII image processor, storage on micro SD card, RAW format support, single AF and manual focus, face and eye detection autofocus, a wide range of ISO ranging from 200 to 12800, 1080/30p video recording, Digital Image Stabilization, connects to your smartphone via Wifi or Bluetooth LE, and an onboard lithium-ion battery good for 320 shots. The good news is, Olympus’ iteration will play well with Apple’s iOS, Goggle’s Android OS, as well as Amazon’s Kindle platform. The Olympus AIR, which is essentially a smartphone-controlled camera, is expected hit retailers in the U.S. this July in a choice of Black or White for $299.99 (body only) or $499.99 bundled with a 14-42mm EZ lens. 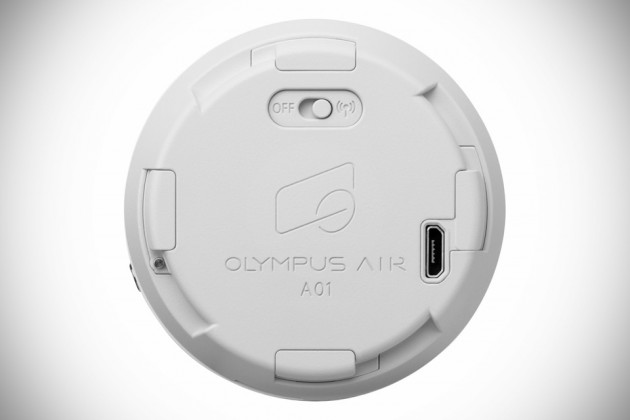 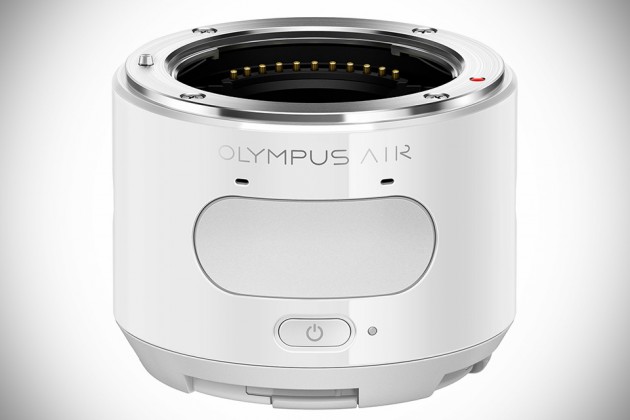 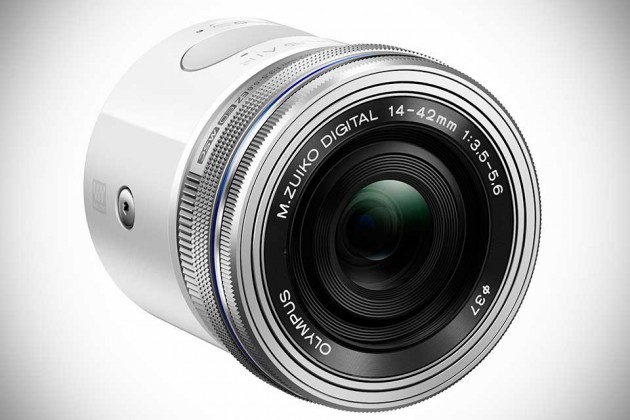