The sad truth about exclusivity is, not many things money can buy is truly exclusive and this is especially true for automobiles. Even if you are rich enough to buy a Bugatti, someone else who are equally or more well off will have one, if not several. But thanks to Rolls-Royce coachbuilt, exclusivity can be guaranteed – that’s if you are out-of-this-world rich, of course, and the one-off Rolls-Royce Sweptail coachbuilt 2-seater coupé you see here is one such example. Make no mistake, my friends. The Sweptail you see here is not your usual bespoke Spirit of Ecstasy ride. 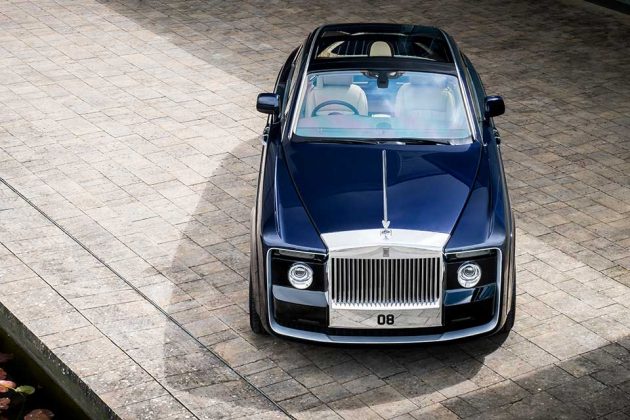 It has no lineage to any of the Rolls line up, past or present. However, as some Rolls-Royce connoisseur will notice, it does borrow some design cues from coachbuilt Rolls-Royce of the 1920s and 1930s. Ordered by a “connoisseur and collector of distinctive, one-off items including super-sachets and private aircraft,” the Sweptail project started in 2013 after an unnamed very rich person expressed the wish to “realize his vision of a one-off luxury motor car like no other.” So, fast forward to today and a hefty $12 million bill later, the one-of-the-kind Rolls-Royce was born and in the process, making it possibly the most expensive car in the world. 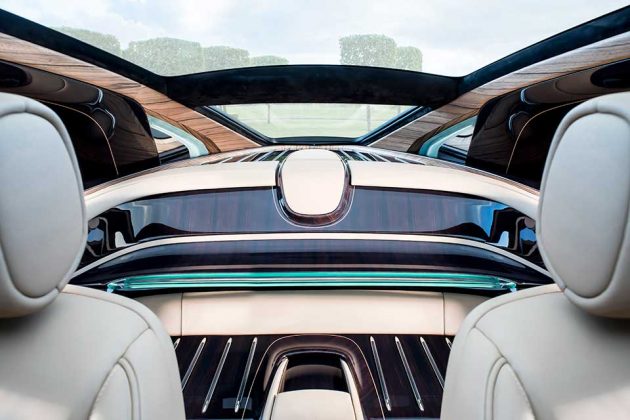 Sweptail was, not surprisingly, named after the super cool swept tail rear end which was found on the 1925 Phantom. But this swept tail here is a lot less dramatic. It does not have the vertical fin like the 20s Phantom did, but it make up for it with a glass house, a panoramic roof that stretches all the way to the tail that will make any so-called panoramic sun/moon roof look kind of lame. Beautiful indeed. On the get-go, Sweptail should be a modern classic, really, as it is in fact a culmination of distinctive designs found throughout some of the most outstanding Spirit of Ecstasy automobiles. I guess you can say it is a design Frankenstein of sort, but in a good way. Think you get the idea. 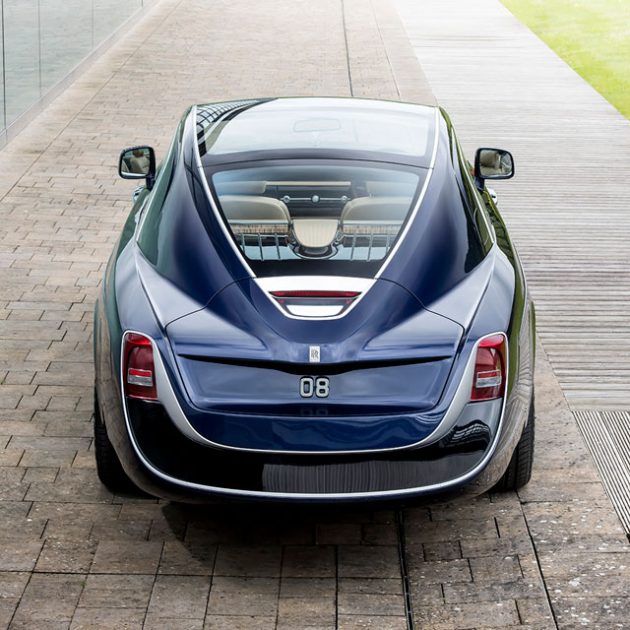 Being a Rolls-Royce and being a coachbuilt, it is only natural that the interior gets all the warm and luxury one can ever expect. However, the cabin for the 2-seater is anything but overwhelming. It adopts a minimal approach, keeping things simple, functional while not sacrificing luxury synonymous with Rolls-Royce. Expected to be greeted by generous amount of polished Macassar Ebony and open-pore Paldoa wood, Moccasin and Dark Spice leathers, and then there’s, of course, the iconic analog clock, but this one here is of machined titanium and seamlessly integrated into the thinnest Macassar veneer handcrafted fascia. 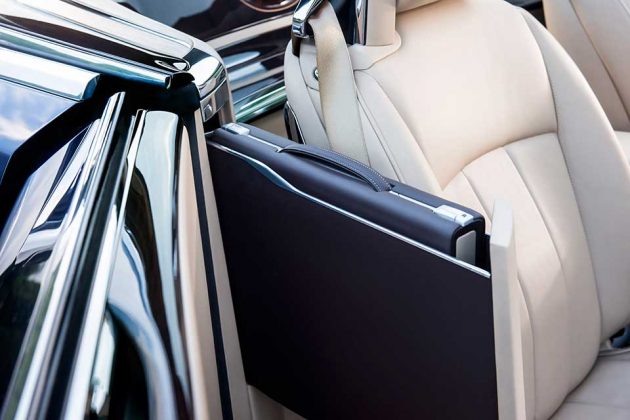 Hidden in the outboard walls are a couple of neat surprises too. Sweptail actually has a couple panniers, one each behind the opening of each coach door. Upon activation (when the door is opened, of course), a pannier deploys forward to reveal a bespoke, carbon-fiber and leather briefcase custom-made for the owner’s laptop. These secret compartments give the automobile an secret agent vibe befitting the era which it drew inspiration from. A matching full set of suitcase can be found in the trunk too to, you know, complete the grand tourer package. Also, it has a shelf for placing your 20/30s era hat, or any hat you may have, really. 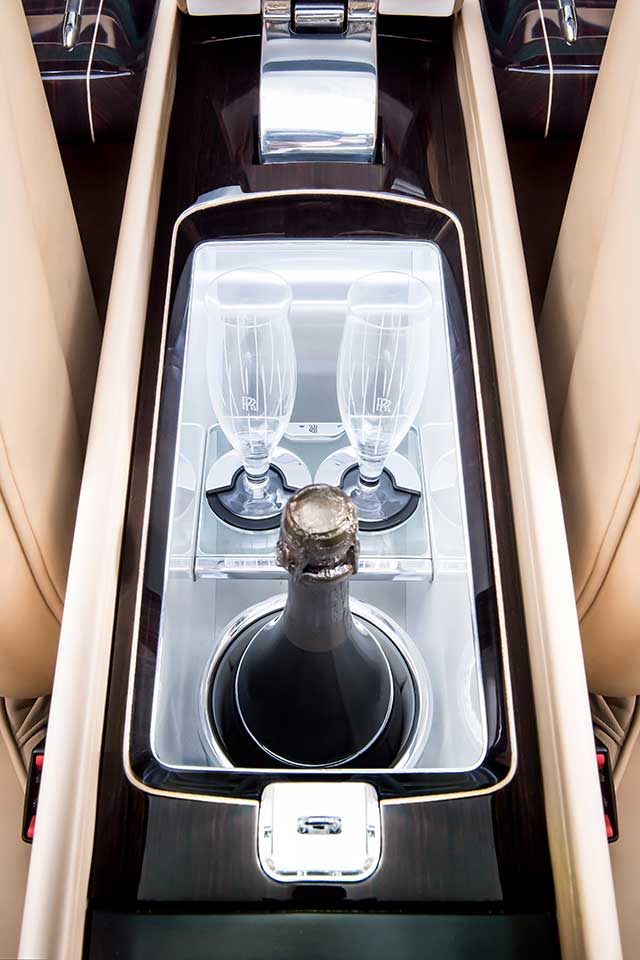 Finally, Sweptail also comes with a concealed champagne chiller which comes with a pair of crystal champagne flutes, activated at the touch of a button, because, a grand tourer is never complete without stopping along a scenic ocean route for a sip of the bubbly drink. So, now you know why this coachbuilt ride cost a hefty 12 million dollars. Strangely though, throughout the very lengthy press release, nothing was mentioned about what goes under the hood, but who really cares when it is a Rolls-Royce, right? The features and the design alone already had us and I believe, most people, ogling over it. We dare say, this One-off Rolls-Royce Sweptail Coachbuilt 2-seater Coupé is easily the prettiest Spirit of Ecstasy ever. The Rolls-Royce had made the Sweptail public late last month at the prestigious yearly event, at the Concorso d’Eleganza at Villa d’Este. Not sure if the Scrooge McDuckian who ordered it was there at the event though. 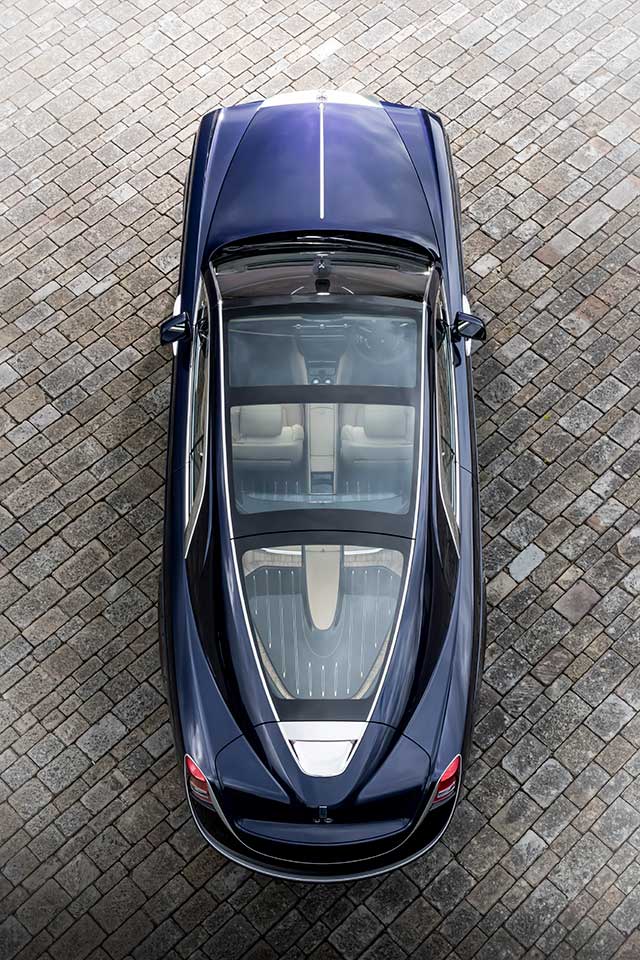 All images courtesy of Rolls-Royce Motorcars.