Remember Paqui Chips? Of course, you do, especially if you have a taste of it. If you did, it should be an experience you will never ever forget this lifetime because it is made from the world’s hottest pepper which earns it the accolade of the world’s hottest chip, Carolina Reaper Madness Chip. And Paqui Chips ain’t mucking around about this claim. It is so hot that, for $4.99, you will only get one chip. Apparently, Paqui figured that it is probably as much as a person can hold up its spiciness – that’s if you can even hold up at all. This chip will literally make grown men cry. 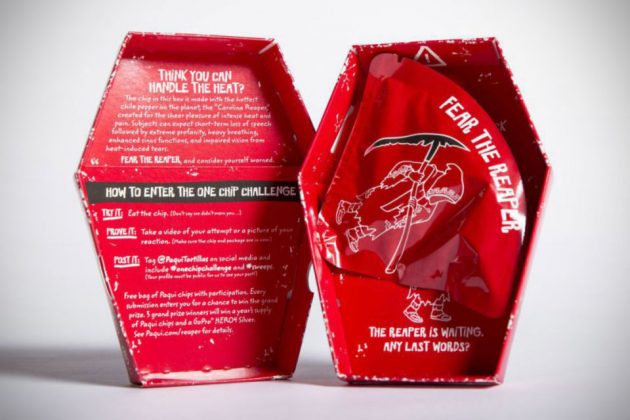 Anywho, Carolina Reaper Madness Chip was a sold out when it was put on sale last year, leaving many would-be challengers distraught and disappointed. If you one of the distraught and disappointed bunch, fret not, because it is back. Not only the world’s hottest chip is back, it is badder this time because it is reportedly 25 percent hotter over last year’s version. As if the last offering wasn’t enough to blow one’s oral cavity.

As with last year’s Carolina Reaper Madness Chip, this year’s hotter and more furious version comes as a lone chip, packaged in coffin-shaped box in the appropriate red colorway and decorated with the Grim Reaper, along with phrases like “Deadly Heat”, “Inside: One Deadly Chip”, and “The One Chip Challenge” as hints of its potentness. 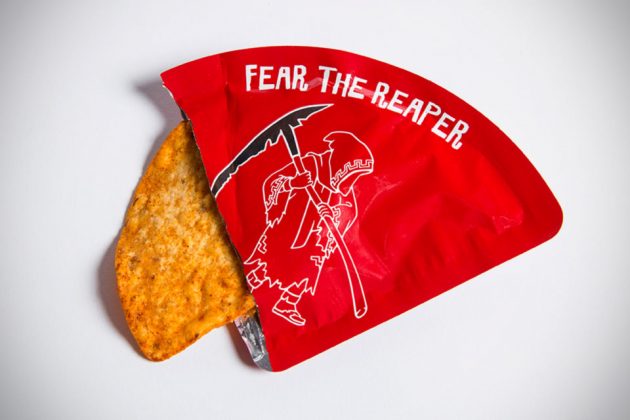 UPDATE: Sorry, folks. It is, once again, sold out before we have a chance to grab one.